The World Cup of Hockey 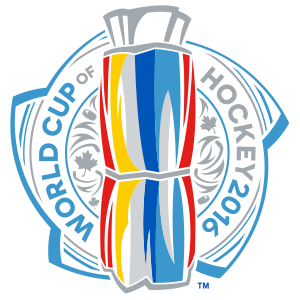 The Penguins are Stanley Champions again and they have practically the same team.  Is it October yet? Well, it is September and World Cup Hockey is going on as you are reading this.

You may watch world hockey when the Winter Olympics are on, or if you are a really big hockey fan, the IIHF World Juniors. This is something else though, it is the middle of September and World Hockey is being played a month before the NHL season starts. The last hockey world cup was in 2004, before Sidney Crosby was even drafted into the NHL. Canada won the gold medal in that tournament, beating Finland 3-2. Some stars include Mario Lemieux, Marty Brodeur, and Teemu Selanne. Feel old yet?

Pre-tournament games are being played all across the world including, Moscow, Toronto, Helsinki, Quebec City, Washington D.C., Prague, and two games in Pittsburgh at the Consol Energy Center on September 14th. Tickets are going for around 80 dollars for the Pittsburgh games.

Now the teams are different this year. The tournament has added two teams, Team North America, and Team Europe. These teams are any player age 23 or under from either North America or Europe. These teams are facing controversy because some people think they are too young and will get beat pretty bad in the tournament, or that they aren’t representing their countries. However, these players (besides Connor McDavid and Jack Eichel) would not have made any teams, they are now getting a chance to play among the best and develop much quicker. The players are used to international hockey too, over half of the players who are on both rosters played World Juniors just one or two years ago. Team North America won their first pre-tournament game 4-0 with two goals by Colorado Avalanche star Nathan McKinnon and a twenty-three save shut out by the Rookie Star, Stanley Cup Champion, Penguins Goaltender, Matt Murray.

Canada is projected to be the winner of the tournament by most of the hockey annalists. With leader Sidney Crosby, and the Goalie of the 2015 – 2016 season Braden Holtby, they seem to be unstoppable. This may be true, but even the Canadian public is not supporting the team. Fans are complaining that other players should be on the team or that they just want to cheer for the underdog (team North America). In summary, people love the young guns.

The United States team is in a similar situation. Sportsnet annalists say that team USA picked one of the worst teams in the tournament (and this is a tournament with a Czech Republic team). It isn’t because the United States doesn’t produce good players, it is because who ever picked the team did an awful job. They chose Brandon Dubinsky, who is just a goon, and Justin Abdelkader, who didn’t even register fifty points this season. Not to mention, they didn’t pick Stanley Cup Champion Phil Kessel.

This tournament should be a fun thing to watch, when you aren’t watching football.