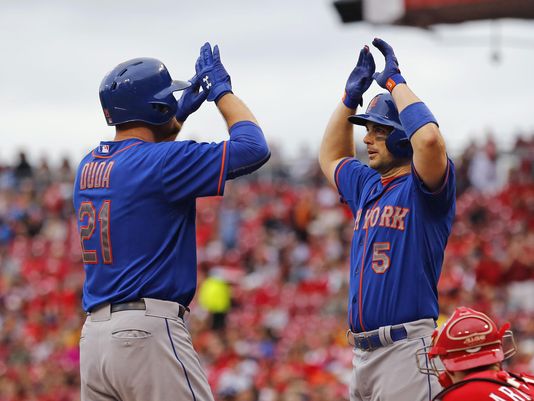 On the night of Saturday, September 26th, after years of mediocrity, the New York Mets baseball club sealed a position in the Major League Baseball playoffs after beating the Cincinnati Reds 10-2. The win, which took place at the Reds’ Great American Ballpark in Cincinnati, ended a play-off hunt that left Mets fans ready for a postseason run.

The Mets began their 2015 season as underdogs in their division. Their main rival in the National League East, the Washington Nationals, were expected to win the division and make the play-offs quite easily due to their big-spending habits. But the Nats will inevitably finish second in the NL East this year due to the Mets’ superior record of 89 wins to 67 losses, as of September 28th.

It was an incredibly eventful season for the Mets along the way. A plethora of both positives and negatives gave fans of the Queens-based team a lot to handle as supporters of the historically unlucky club. The season began well enough for New York, but eventually the team began to falter. According to MLB.com and Baseball Prospectus, the Mets’ chances at playing in the postseason was 19% compared to Washington’s 85% on June 24th, 2015. This low-point for the team culminated from demeaning trade rumors and other distractions that left the team in disarray. But the Mets’ saving grace came on June 31st when they traded for the Detroit Tigers’ outfielder Yoenis Cespedes. As of September 28th, ESPN.com has Cespedes listed as hitting 17 home runs and having a .294 batting average since his trade, and his offensive capabilities have led to an outburst in the Mets’ offense that’s been matched by their already stellar pitching.

All of New York’s improvements have culminated into their first play-off berth since the fall of 2006. Team captain David Wright, who played on the Mets’ (as only a 23 year-old) in 2006 and remains a crucial part of the roster as a third baseman, told USA Today, “I never really had a chance to sit back and soak in all of that enjoyment, but I’m trying to do it now.”

But the Mets’ hard work is not finished yet. After the regular season concludes, New York is expected to play the star-studded Los Angeles Dodgers in the National League Divisional Series beginning in October. The Mets’ pitching rotation, including young, up-and-coming starters Noah Syndergaard and Jacob DeGrom, will have to hold their own against Los Angeles’ experienced roster. And if the Mets were to progress past the Dodgers, they would inevitably have to play either the Cardinals, Pirates, or Cubs before reaching the MLB World Series. Any one of these matchups would prove challenging to New York’s unbridled resolve, but only time will tell.

Predictions aside, all that the Mets must do now is prepare for the postseason. The play-offs are unprecedented territory for most of New York’s young players, but it appears baseball fans are in for quite the show regarding the newfound success of the Mets’ squad.