Australia’s Adam Scott Wins Masters for the Land Down Under 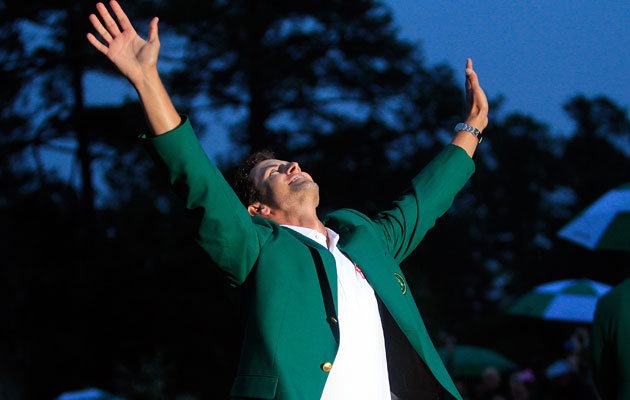 The premiere event of the 2013 PGA Tour golf season lived up to the expectations fans have come to enjoy as the 2013 Masters champion was decided on the 73rd hole of the tournament.

Coming into the week there were plenty of storylines.

The world’s newly crowned number one golfer Tiger Woods came into the week with three prior wins on the season and had just reclaimed the  number one ranking a few weeks before.

Along with Tiger, there was a group of other contenders for this year’s green jacket. Among those contenders were reigning champion Bubba Watson, Rory McIlroy, and Phil Mickelson.

Despite all the big name recognition surrounding the Masters, there was one Masters rookie who stole the headlines prior to the tournament.

Guan finished with a score of 12 strokes over par and was the low amateur in the tournament.

Another first in the world of golf occurred with the world’s number one player being penalized two strokes for signing an incorrect scorecard. In prior years, Woods would have automatically been disqualified; however, this year there is a new rule in the PGA rule book that says if players don’t know they sign an incorrect scorecard, instead of being DQ’d, they are just assessed a penalty.

Woods came back in the final round to finish tied for third place.

The real drama came with the duel from Argentinian Angel Cabrera and Australian Adam Scott. After 72 holes, the two were tied and entered into a sudden death playoff.

The 72nd  hole was the 18th, and both players scored a par. After the 18th the two leaders moved onto the 10th for the next playoff.

The 73rd hole proved to be the deciding one as Scott birdied the hole to take the Green Jacket.

Scott is the first Australian winner in Master’s history.