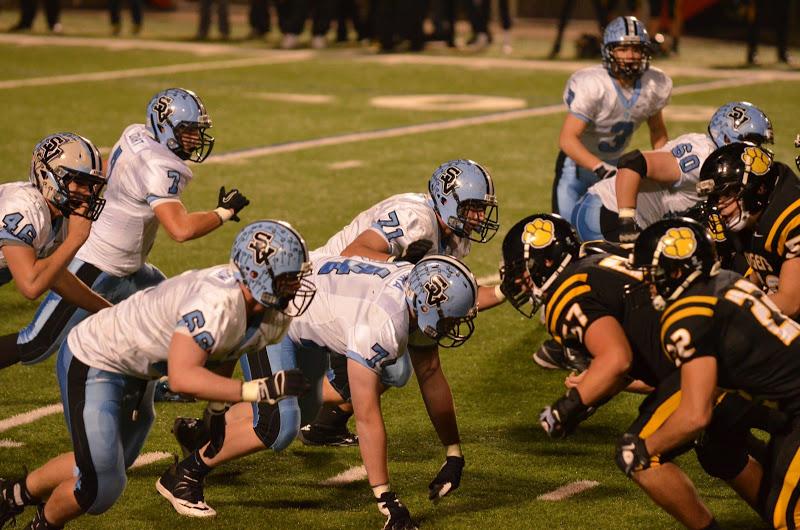 The Seneca Valley Raiders WPIAL title hopes came to an end Friday night with a 47-17 loss to the North Allegheny Tigers at North Hills’ Martorelli Stadium.

The Raiders came into the WPIAL playoff semi-final matchup with an eight game winning streak and an offense firing on all cylinders, as well as a defense playing its best football all year, fresh off a dominating performance against Mt. Lebanon.

North Allegheny’s quarterback Mack Leftwich had a career game completing 18 of 23 passes for 360 yards and five touchdowns. He also rushed for 19 times for 79 yards and two rushing touchdowns.

Leftwich finished the game accounting for 439 yards of total offense (349 in the first half) as well as having a hand in all seven Tiger touchdowns.

Leftwich was on point all night making it difficult for the secondary of the Raiders.

Senior Ben Hodges said “Mack was on point all night. I felt like the secondary had good coverage on their receivers, but he [Mack Leftwich] was just making perfect throws.”

North Allegheny running back Alex Deciantis was held in check all night by the Raider front seven, managing only 66 yards on 18 carries.

Raider quarterback Jordan Brown finished completing 12 of his 24 pass attempts for 166 yards and a 4 yard touchdown pass to wide receiver Jonathan Dorogy. Brown also gained 76 yards on the ground and ran for a score.

Forrest Barnes was held in check by the Tiger defense as he ran for only 40 yards on 13 carries and didn’t find the end zone.