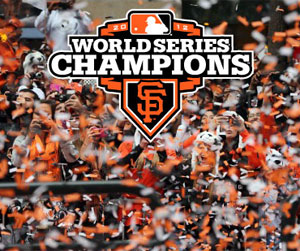 The baseball postseason was full of great moments and moments of heartbreak and this year was no exception.

The San Francisco Giants beat the St. Louis Cardinals in the previous round of the playoffs, and their opposition, the Detroit Tigers swept the New York Yankees in their series before moving on to The World Series.

The series started off in San Francisco and with the home crowd at their backs, the Giants won game one of the series. The Giants’ pitching was great, but there were some gaps in their defense as they let the Tigers score three runs.  On the other side of the field the Tigers were having both a pitching and a defensive nightmare that allowed the Giants to score 8 runs.  With the final score of 8-3 the Tigers hoped to switch things up in the second game and not go behind in the series by two games.

However, as game two rolled around the Tigers still showed some gaps in their defense, but were able to play better than in the first game.  The Giants scored two runs and a combined solid defensive and pitching performance shut out the Tigers.  At this point the series was looking favorably for the Giants, but the series was to go to Detroit for the next two games and with the home field advantage who knew what could happen.

Even with the home field advantage the Tigers were not able to find their groove.  The Tigers had several sloppy errors throughout the game and it cost them.  The Giants continued the winning streak with another solid performance on all aspects of the game and won once more by a score of 2-0.

Desperate not to get swept in the series, the Tigers fought hard in game four of the series.  They scored three runs and held the Giants to three runs.  The valiant effort forced the game to go into extra innings.

However, in the tenth inning the Giants Marco Scutaro drove in Ryan Theriot with two outs to win the series.   The Giants swept the Tigers, and it was their second World Series win in the last three years.