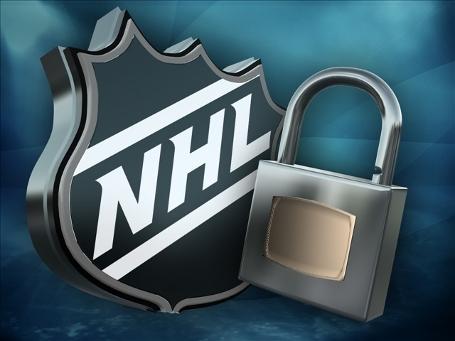 The NHL lockout is still in full swing, with the league officially canceling the first two weeks of games.  With no agreement seemingly close to being reached, it has to be assumed that this won’t be the last cancellation of games that fans will see.  Most opportunists seem to think that the season will start sometime in the next few months, but it seems that the reality of the situation is that the two parties still aren’t close and haven’t even talked much at all.

This week is said to be very crucial in the process, and the talks should start getting somewhere. But the talks aren’t about what everyone wants them to be; “Major Economic Issues aren’t on the agenda,” Bill Daly, The NHL’s Deputy commissioner told USA Today in an email.

Without any talk about money, it seems that the NHL really could be close to another work stoppage.

If anyone is wondering what the players are doing these days, they aren’t sitting on their couches waiting for the league to come back; they have to stay in shape and be prepared to be at the top of their game, and the only way they know how to do that  is to play hockey.

Many players in the league have gone over to Europe to play, signing short length contracts with clauses in them so they can leave if the lockout ends.  The most popular destination for players seems to be the KHL (Kontinental Hockey League), an up-and-coming Russian league that doesn’t lack cash.  The likes of Pittsburgh Penguins star forward, Evgeni Malkin; Boston Bruins’s wall of a defenceman, Zdeno Chara; and New Jersey Devils sniper, Ilya Kovalchuk, have all gone to Russia to play.  Other popular destinations include the Swedish, Czech, Finnish, and Swiss leagues.

With games already canceled, the hope of starting the season on time is no longer a possibility, and with players going to other leagues to play, the outlook on the season isn’t promising.

Regardless, all hockey fans hope an agreement is reached so they can have their beloved hockey back.