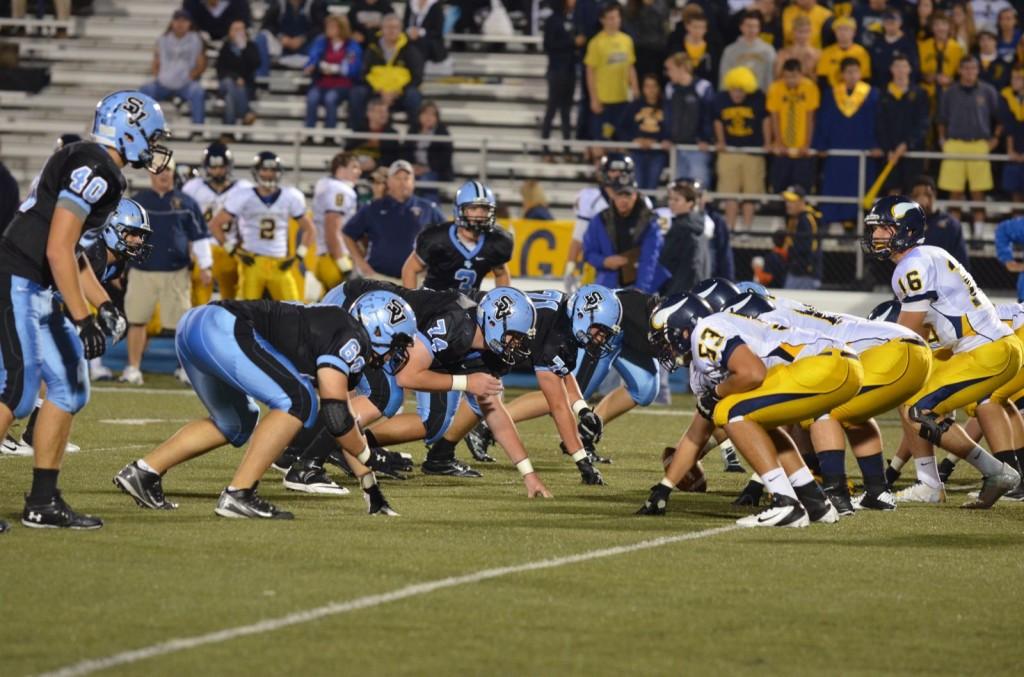 Thursday night under the lights in Nextier stadium, the Seneca Valley Raiders varsity football team dominated the fourth ranked Vikings of Central Catholic with a score of 34-7, securing their spot in the WPIAL AAAA football playoffs.

The Viking defense had only given up three points in their first four games, which came on a late field goal from Fox Chapel.

That was before they went toe to toe with the Raiders high powered offense Thursday.

The offense was led by senior quarterback Jordan Brown, who completed 12 of 21 passes for 188 yards and three touchdowns, two of which went to senior tight end Ryan McCauley and the third went to senior wide receiver Jonathan Dorogy.

Brown said “I was proud of the way my offense played last night! We came out and punched them in the mouth! Everyone from our line to the receivers and the backs played incredibly well. Our defense did its job and got us the ball so we could make more plays. This was a statement game for our offense and team as a whole.”

The Raider defense stole the show early and kept it for all four quarters.

The Central Catholic offense managed only 147 yards on 41 offensive plays. The defense also held the Viking ground-powered offensive attack to two third down conversions and just a single touchdown.

Senior middle linebacker Carson Kessler said “I felt like we really came together as a whole defense last night. From the Defensive line, linebackers, and secondary we blitzed well, came off blocks, swarmed to the ball, tackled, and covered well. We have a few small things to work on, but it is definitely a momentum booster.”

With this win, the Raiders improved their 2012 record for 4-1 (3-1 in the Northern 8 section) and are in prime position for a run deep into the playoffs.

Senior free safety Ben Hodges said “I feel like if we keep playing the way we are right now, we’ll be able to make some noise in the playoffs. We’re not perfect, but our offense and defense finally came together. It’s going to be an exciting run into November and December!”

The Raiders turn their attention towards the Shaler Titans Friday, October 5, under the Nextier stadium lights for their fifth Northern 8 section game of the year.