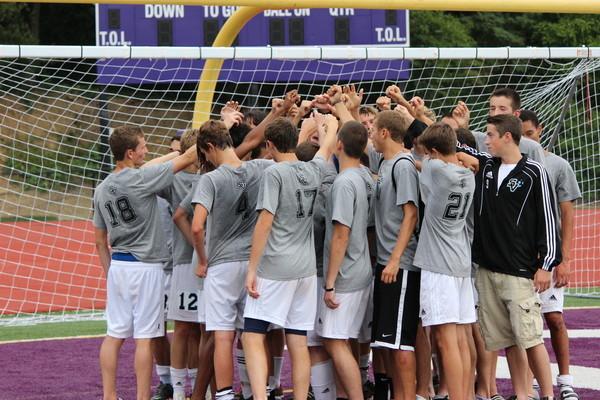 There was nothing but success this weekend for the Seneca Valley boys’ varsity soccer team as they set out to win the 2012 Boys’ Soccer Kickoff Classic. Playing in two games this weekend, the squad from Seneca Valley defeated both Norwin and Chartiers Valley with scores of 2-0 and 4-0 respectively to come out on top during tournament play.

The Raiders, who have won their section for the past two years, have had a great start to their soccer season. The team had noteworthy performances in both of the scrimmages they played in before the start of this season. Senior captains like forwards Ryan Vilella and Anthony Crivelli have helped the Raiders outscore Mars Area and Knoch by a margin of 8-1.

Goaltending this year will bring a new face to the varsity squad, as junior goalie Colton Smith will being the starting goaltender for the Raiders in their hunt for the playoffs. With only seeing a small amount of varsity playing time last season, Smith will need to keep the confidence of the guys in front of him just as he did while in goal last year. His play during the two scrimmages shows great promise for Smith.

With only  a few starters returning from last year’s team, the Raiders have some work to do, as they will be rebuilding team defense from scratch this year.  Coach Williams is optimistic, however, because of the leadership of Senior Captain Brock Wagner holding down the new back line as a center back. He will be assisted in the center by Senior Colter Cekella who will play next to Senior Brad Hart, playing on the outside as both should start on defense for the Raiders this season.

The game against Hampton was cancelled due to inclimate weather but, the next game is Thursday against Mount Lebanon at 7:30.