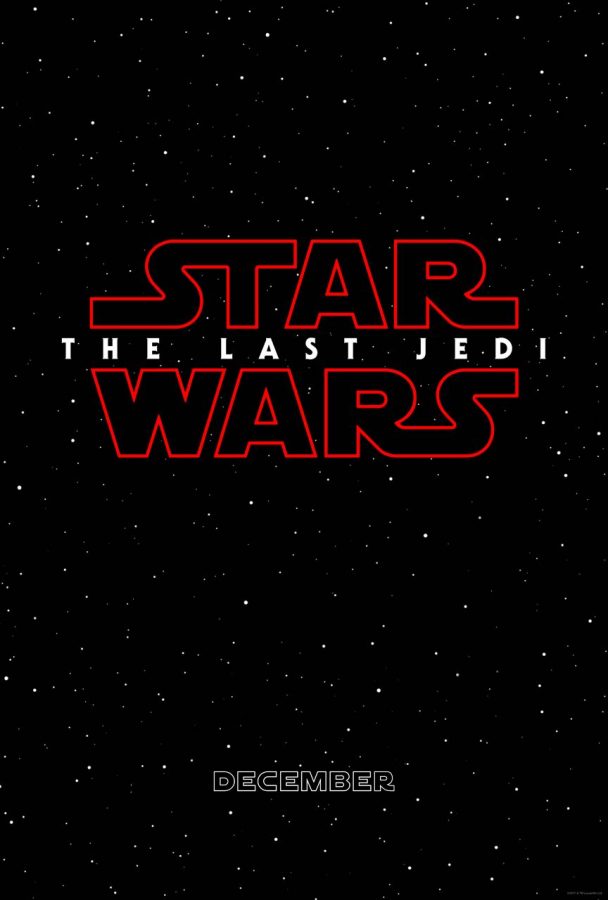 Naturally, even the mere name of the movie sparked theories and conversation on the Internet. Everything from the wording to the font has been scrutinized for hints about what the plot of the movie could be about.

To begin, the Last Jedi poster is the first advertisement to display a red Star Wars font since Revenge of the Sith. Many fans have tied the two similarities together and have begun to assume that this will be a more Sith-oriented film despite the Jedi title.

A Sith-centered film would also fall in line with the pattern that Star Wars movies chronically follow as they’re released. Starting with the release of a New Hope (a more Jedi focused movie) followed by Empire Strikes Back (more concerned with the Dark Side of the Force) the films have switched their focus between the Jedi and Sith with the release of each movie. If the Last Jedi were to be more concerned with the Dark Side, this would fall in line with the previously instated pattern as it follows Force Awakens which focused on the awakening of the young Jedi, Rey.

The title itself has been analyzed for potential plot details as well. Evidently the Last Jedi implies a sense of finality to the Light Side of the Force. However, the word “Jedi” has been under particular scrutiny as many were quick to point out the term can be used both as a singular and plural noun. Meaning that the title could be discussing an individual remaining Jedi (assumingly either Luke or Rey) or both Rey and Luke together.

Since the title release, director Rian Johnson has taken to Instagram and teased the Episode VIII opening crawl. He captioned the picture, “Felt so good to drop this into the cut this morning,” as a cut out of R2D2 loomed in the back corner of the photograph. This confirms that this addition to the Star Wars cinematic universe will include the famed opening crawl that Rogue One excluded in its 2016 release.

Rumors have been circulating since the poster’s publication that the first official trailer for the film will be released within the next few weeks during the Super Bowl.

The Last Jedi is set to release this December, though no official date has been set though the fan site StarWars.com speculates it will be released on December 15, 2017.