Seneca Valley flies students to the moon for homecoming 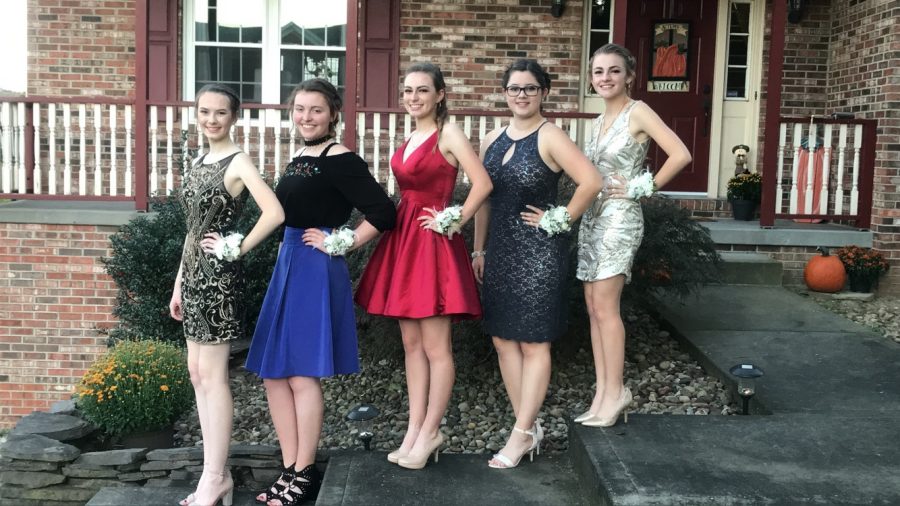 The Seneca Valley Seneca High School’s homecoming dance was on October 7th. The theme for this year’s dance was “Fly Me to the Moon,” inspired by Frank Sinatra’s famous song by the same name. To display this theme, Seneca Valley Student Council created the illusion of outer space scenery using fitting decorations. Shimmering gossamer were draped from the ceilings, sparkling fairy lights and big stars were strung around.

After checking in, students attending entered into the gymnasium to dance and the cafeteria was open for them to grab a snack and drink. The food was also contributed by STUCO, providing plenty of fruit punch, cream puffs, cookies, candy, etc. Besides the food, the cafeteria had its own share of intricate decorations for display of the classic theme. On regular school days, the round tables would be just known as “lunch tables” but on that night they were charmed with center pieces representing the planets, glitter and a picture frame encasing an astrological signs.

Many students were eager to find the table with theirs and take a picture of it. Taking pictures is something that a lot of students were able to do and they took advantage of the opportunity. STUCO gave students plenty of scenery with the themed decorations, but they also provided a professional photo booth for attendees to use.

Reilly Scherzer, a junior at SV, thought that STUCO did a good job at incorporating the  theme in the decorations for the dance. She had a good time at the dance with her friends and created memories she will cherish. Meanwhile, the Seneca Valley Intermediate High School took a different approach for their decorations, even though the theme was the same.

The IHS interpreted the “Fly Me to the Moon” theme as a romance and decorated it with Paris decor.