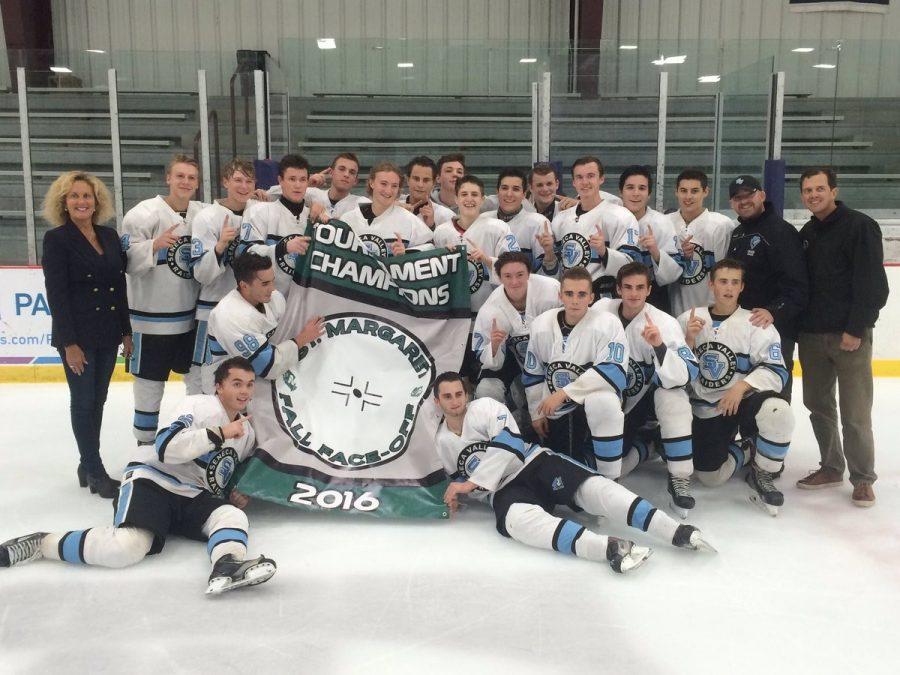 While it has had its ups and downs this year,  the varsity squad and the entire organization has continued to stay on that same track.

The team, through its first ten games, has compiled six wins and one tie to a tune of thirteen points. However, they have also added three losses to the total record, as noted by the Pennsylvania Interscholastic Hockey League.

The Raiders could easily be described as a physical, yet skilled team. They have collected a sum of 104 penalty minutes, but in the meantime they have scored thirty goals, while allowing just seventeen goals.

Most of the offensive skill can be attributed to senior forward Chris Lipnicky and junior forwards Noah Watkiss and Gio Sarachine. They have combined for nine goals, fourteen assists, and twenty-three points.

All but three players have recorded at least one point.

While Seneca’s 6-3-1 record may seem impressive to the common eye, they still face many challenges in front of them.

Their six wins have come against Armstrong, Canon-McMillan, Cathedral Prep, Butler (twice), and Upper St. Clair. Four of those five teams sit in the AAA Division’s bottom half, with the exception of Armstrong.

In their three losses, Seneca has only mustered one goal in each game. Such offense won’t be suitable if they expect to keep pace and gain ground on North Allegheny, Pine-Richland, and Central Catholic (all of whom they have lost to).

In the Raiders’ last ten regular season games, they will travel to Upper St. Clair, Peters Township, North Allegheny, Armstrong, Cathedral Prep, and Bethel Park. They will have the opportunity to host Bethel Park, Canon-McMillan, Central Catholic, and Pine-Richland.