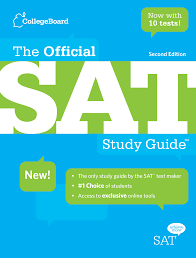 Seniors and Juniors at the Seneca Valley Senior High School are set to take part in the Scholastic Aptitude Test within the following few weeks. Students’ preparations have come in many different forms, including some new ones.

With the first test date of the school year being Saturday, November 7th, test-takers are closing in on one of the more stressful times of their high school lives. While critics of the test state that the SAT doesn’t properly prepare teenagers for the hardships of a college education, the assessment still acts as an integral part of college applications all across the country, and especially in competitive schools such as Seneca Valley.

In use since the very early 1900’s, according to Collegeboard.org, the SAT has become a staple in the American educational system, serving as a singular exam that a student can send to a multitude of universities at both national and international levels. These colleges can decipher a students’ abilities in many different studies by means of the SAT. The test includes Math, History, Physics, Chemistry, Biology, and many other sections that students will take part in completing. Some test-takers will even be taking versions of the SAT that include sections regarding a plethora of foreign languages.

The test is especially important for Juniors at Seneca Valley. The very foundations of the SAT are set to change in Spring of 2016 when Collegeboard revises the entire layout and scoring of the exam. This means that these next few months provide the final opportunities for students to take the “old” test before the “new” one is put in place. The preparation process for the test format ending in 2016 is very different than that of the revitalized assessment so students will have to adjust their studies on that front as well.

And while changing one’s studying habits is easier said than done, the Seneca Valley curriculum is attempting to correlate its material more and more with the tests’ as students progress through their classes. The Seneca school system has, just this past year, even added classes to its curriculum that focus specifically on preparing for SAT testing. SAT/ACT test prep classes have been introduced into the Senior High School’s Program of Studies to help students ready themselves for the respective tests’ Mathematics and English sections. The courses last one semester collectively and can be taken in either the Fall or Spring.

Students that have yet to sign up for the SAT exams taking place can do so at collegeboard.org.