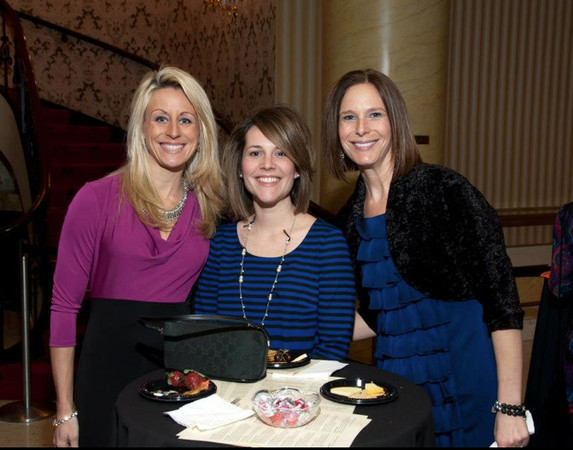 Cranberry resident Jim Nickel made a childhood dream come true. During a silent auction held at the Sweetness & Light Gala, the Seneca Valley board member placed the winning bid on an opportunity to throw out the first pitch at an upcoming Pittsburgh Pirates home game, something he has wanted to do since he was 12 years old.

“It was a fun, fun night,” he said. Nickel wasn’t the evening’s only big winner. That designation was reserved for the Seneca Valley School District.

Numerous baskets and prize packages, including box seats for a Pittsburgh Penguins hockey game, Steelers tickets, and a private tour of the Warhol Museum in Pittsburgh were auctioned off at the event.

The gala also featured performances by the Seneca Valley Strings Quartet and the Pittsburgh Symphony Orchestra. Broadway stars Rebecca Luker and Doug LaBrecque also joined the orchestra to sing “I Could Have Danced All Night” from My Fair Lady and other numbers.

“I believe that we’ve begun to successfully build a program that people will look forward to attending and will recognize as the main effort that ultimately helps Seneca Valley students through scholarships, equipment and our schools through innovative and exciting programs in the classroom,” Vitale said at Monday’s school board meeting.

This is the second year in a row the foundation has paired with the Pittsburgh Symphony Orchestra for the event. While dozens of people attended last year’s concert and reception to celebrate the launch of the nonprofit foundation, more that 200 people attended this year’s gala, said district spokeswoman Linda Andreassi.

She added this is the first time the gala included a silent auction, which was available online for bidding prior to the event, and a raffle.

“I felt it was a tremendous success,” she said.

Andreassi said the foundation’s board of directors would determine how proceeds from the event would be used to benefit the district and its students.

In November, the Seneca Valley Foundation, which has the the tagline “The Gift of Hope, The Promise of Excellence” funded its first projects, giving $2,500 toward STEM student research grants and $1,000 to purchase sets of Leveled Literacy Intervention Reading Books for elementary students.

The foundation also pledged $3,000 towards the purchase of new uniforms for the Seneca Valley marching band.