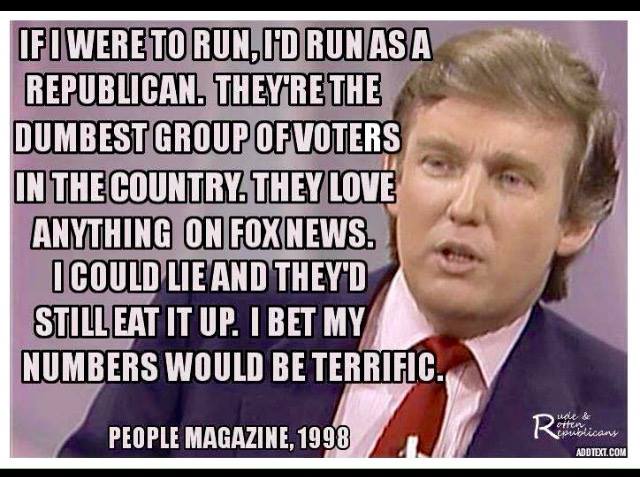 I remember when I first heard that Donald Trump was running for president. I, along with many others I’m sure, thought it was a huge joke and laughed it off.

Now as November 8th draws closer and closer however, Trump is doing scarily well in his campaign to decide the fate of our nation. That is a problem we need to deal with before worrying about who goes in what bathroom, how much Kanye charges for wifebeaters, and how strong Beyoncé and Jay Zs marriage is.

There are a very large number of radical Republicans who vehemently back Trump and all his blatantly radical ideals. While it is part of our country’s basic human rights to be able to support whichever candidate a citizen thinks will be best for the country, Trump is a whole new story.

He has blinded his supporters with his outlandish ideas and flat out disrespectful remarks. They look at him and see a man who is like them, who isn’t afraid to say what he thinks.

There is a big difference between a citizen saying he hates this group of people for this reason and a person who wants to lead a world power. While they both are horrible to say, the citizen really can’t do much other than say rude things. When the president says something too far to the leader of another country, he could incite a war.

If a man can’t even  make up his mind on an issue as black and white as that, how can he decide what he wants to do when faced with problems regarding much more complicated things such as getting legislation passed, and handling foreign policy? I fear for what that may incite.