President Trump to move American embassy in Israel to Jerusalem 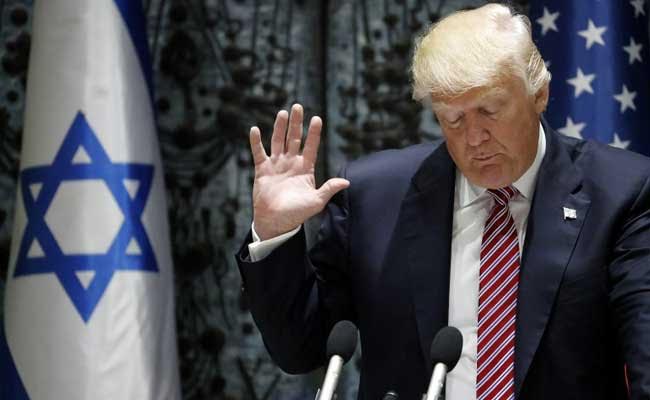 As of December 6, President Trump declared that the U.S. would begin the process of moving their embassy in Israel from Tel Aviv to the Holy City of Jerusalem, recognizing it as Israel’s capital

This decision is an echo from September of last year, when President Trump as only a candidate in the running promised Israel Prime Minister Benjamin Netanyahu that were he elected President, he would put in motion plans to officially recognize Jerusalem as Israel’s capital, in spite of its contested status between Israel and Palestine.

This is not the first instance were a President has recognized Jerusalem as the sovereign capital of Israel; after all, the United States has been a stalwart ally of Israel since the nation’s inception after World War II. Congress passed the Jerusalem Embassy Act in 1995, which stated that the United States must move their embassy in Israel from Tel Aviv to Jerusalem by 1999. However, Presidents Clinton, Bush, and Obama all signed six-month waivers that postponed the bill. Trump signed the same waiver in June 0f 2017, only to declare last week that the embassy relocation will be put into motion.

The three past Presidents who postponed the Jerusalem Embassy Act have supported the concept of Jerusalem as Israel’s capital- President Bush went as far as to claim he would move the embassy to Jerusalem, and yet never did.

President Trump did have the support of Congress in this endeavor. When Trump signed the six month waiver last June, the Senate voted 90-0 in favor of calling for U.S. officials to recognize Jerusalem as the capital of Israel.

President Trump tweeted a video on December 7, taunting the three previously mentioned former presidents for not officially recognizing Jerusalem as the capital of Israel, captioning it, “I fulfilled my campaign promise – others didn’t!”

Mr. Jim Lucot, a teacher of 12th grade AP Government and Politics and 11th Grade Honors U.S. History at Seneca Valley Senior High School, as well as a teacher on the Holocaust at Butler County Community College, spoke on the matter of President Trump and Jerusalem.

“The whole {Israeli} government is already in Jerusalem,” Mr. Lucot said. “But, Trump’s decision is still extremely provcative. This decision eliminates compromise or dialogue, which is best for everyone. When you swing the hammer this hard, the other side cannot respond.”

While the other side cannot respond in a way that prevents President Trump from moving the U.S. Israeli embassy, they certainly have responded regardless. The city of Nazareth, birthplace of Jesus Christ, cancelled some of its Christmas festivities in protest of President Trump’s decision.

“We have decided to cancel the traditional Christmas singing and dancing because we are in a time of dispute, because of what Trump has said about Jerusalem,” city spokesman Salem Sharara said.

Many European leaders cautioned President Trump against this move, and issued a joint statement at a UN council session that denounced the decision can condemned the United States for being unhelpful in the struggle for peace.

Muslim leaders of 57 countries made a joint declaration of their own, condemning President Trump and his decision.

Violence between the Palestinians and Israelis has sparked since this announcement, continuing the thousands of years of conflict over the Holy Land.  When asked on if there was any historical parallel to the tensions between Israel and Palestine, Mr. Lucot stated: “Every other issue would just be political. The conflict in the Middle East between these two nations has so many layers that there is nothing you can really compare it too.”