Devastating wildfires continue to burn in the West 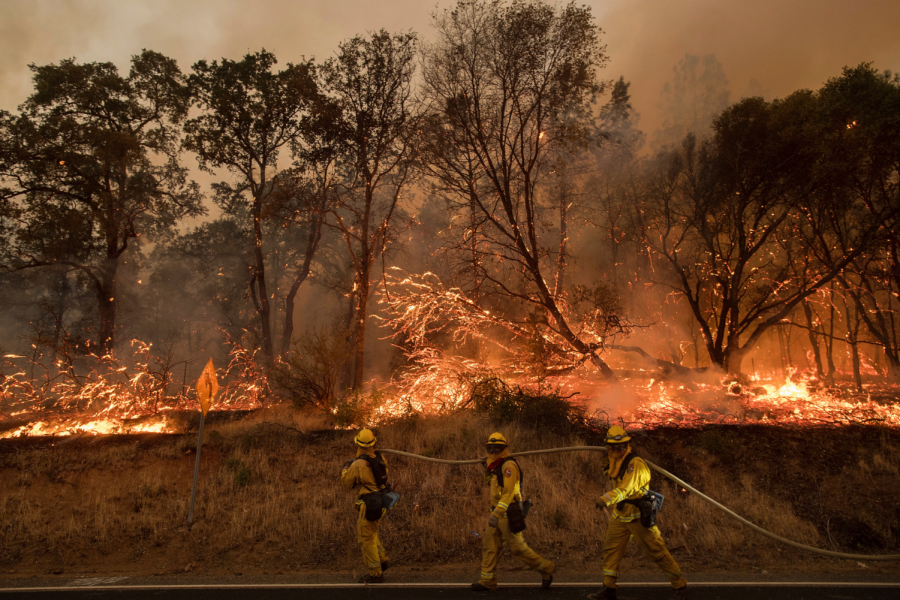 Due to less than ideal conditions this season, wildfires burn the forests in Montana, Oregon, Washington, Idaho, California, and Utah collectively destroying hundreds of homes and putting the lives of thousands of firefighters in harm’s way.

Recent humidity and cool weather has given some of the, at peak season, 24,000 firefighters a chance to breathe. Northern Idaho and western Montana are currently recovering from the fires while southern California and other states are preparing for the risk of future ones.

Forecasters predict an above average chance of large wildfires in California and central and northeastern Montana throughout the end of this year. As a result of Montana’s severe drought, the state is more likely to face the danger of these fires.

The National Weather Service says there is an elevated risk for the Sacramento Valley from Sacramento to the Tehama County line in California.

This year 13,200 square miles of land have been burned across the nation, according to Fox News. If the trend continues, 2017 could have the worst wildfires the United States have seen in a decade.

It is widely believed that due to the wet winter, a bigger amount of grass and small trees grew and dried up. According to fire managers, this created an environment that almost immediately caught when summer storms rolled in.

Some of the 137 fires have proved to be deadly and have taken eight lives over the course of that past six months. The fires have also claimed more than 500 homes and state park buildings.

Out of the hundreds of teams fighting the blazes and all of the resources they require, the U.S. Forest Service has provided $2 billion on fire suppression in 2017 alone. It breaks a record before the season has even ended.

The National Interagency Fire Center states, “The recent precipitation coupled with prolonged cooling over the past 10 days has essentially ended the fire season over north Idaho and western Montana…” Although, other states are still being threatened.

The fires are also in British Colombia, Canada and have required approximatively 1,100 people to evacuate. Aaron Sutherland, vice-president of Pacific at Insurance Bureau of Canada, spoke in a release, “The size and scale of the wildfires this summer have been the largest in British Columbia’s history…”

Governor Steve Bullock of Montana told the LA Times after he declared a state of emergency in July and again in August, “We’ve had losses to homes, livestock, forage and infrastructure…We are experiencing impacts to individuals and businesses across the state, who have endured losses due to evacuations, hazardous air quality, and sustained threats to our tourism and recreation industries…” 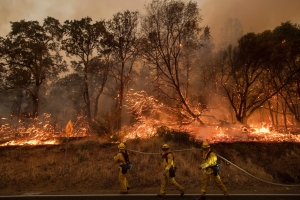