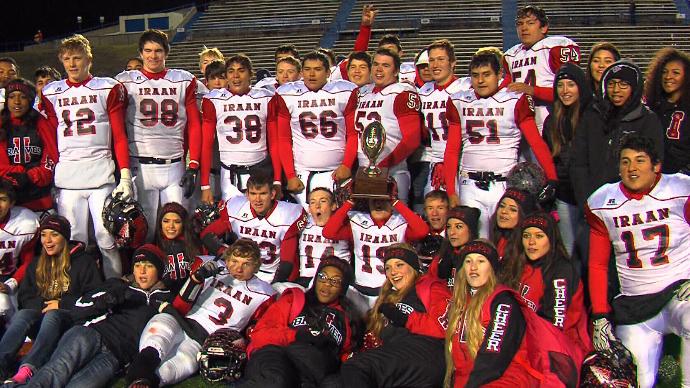 In Iraan, Texas, a high school football team was struck with unfortunate tragedy as a bus full of cheerleaders crashed after the football team’s dramatic state quarterfinals win.

Six cheerleaders went home with their parents, and six others boarded a small bus that did not have seat belts. The bus was driven by Ms. Garlock, the varsity sponsor. Her sister, Ms. Pope, also tagged along. The Braves players headed to a Mexican restaurant for a celebratory meal.

The once blissful sight soon turned solemn as the players gathered around the table and the room grew quiet. Clayton Kent, the senior quarterback for Iraan, had received a call from his mother. The cheerleader bus had been involved in a wreck. Kent’s 15-year-old sister, Katie, was aboard. Kent’s mother had told him that Katie was conscious but there were so very little details.

“I was scared to death,” Kent would later say.

The accident had occurred near Big Spring, Tex., around 40 miles west  of the stadium. Coach Kirchhoff said to his players, “Let’s come together and pray for our girls.” The players stood silently, heads bowed down, gripping on each others shoulders.

According to the Texas Department of Public Safety, a tractor-trailer, traveling eastbound on Interstate 20, attempted to avoid a car that braked hard in front of him. The 18-wheeler lost control, strayed across the median into the westbound lanes and collided with the cheerleader bus.

Kurt Hanna, Iraan High’s technology director, was traveling a couple cars behind the cheerleaders. Hanna soon saw the confusion of brake lights, and a crash, then realized that the bus was from Iraan. His wife, Melissa, called 911 right away.

Fortunately, nobody was killed following the accident. As far as injuries, several of the cheerleaders were rushed to emergency rooms, but treated successfully. The majority of the injuries sustained were broken bones, and gashes in the victims skin.

The morning following the accident, Coach Kirchhoff held a meeting for his players and their families at Iraan High. Kirchhoff addressed them by stating, “I can tell you how I’m feeling. You have sort of a guilty feeling in that you’ve got that feeling of euphoria and happiness for the game. And then the other swing of the pendulum, the surreal, what-the-hell-just-happened tragedy. It conflicts you inside.

By Sunday, two days after the tragic accident, at least 10 high schools in west Texas had offered to have their cheerleaders cheer for Iraan in Friday’s semifinal game in Abilene. The support is greatly appreciated and will most certainly be welcomed, as Iraan tries to recover.