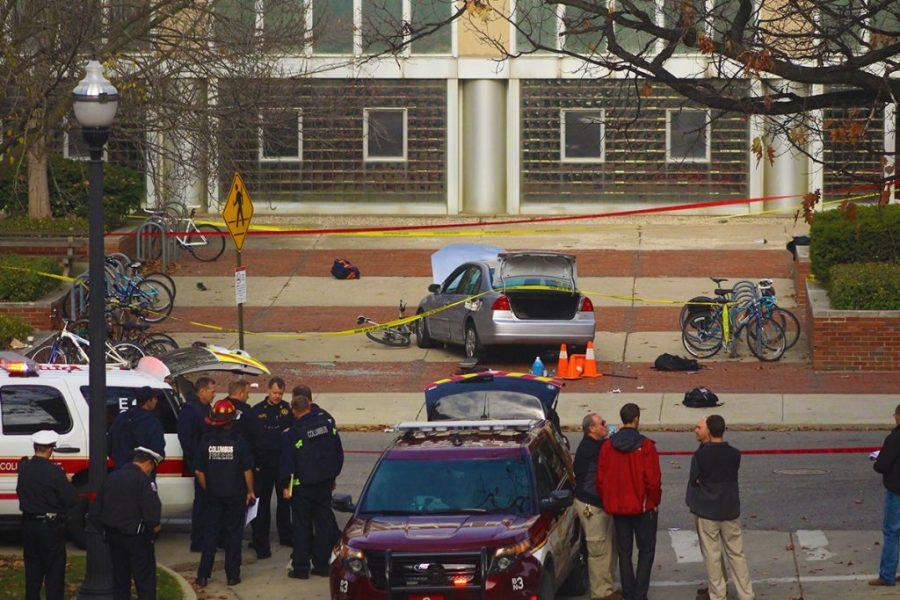 On Monday, at 9:52 a.m., Abdul Razak Ali Artan launched an attack at The Ohio State University.

Artan drove his car over a curb on the campus, striking people near Watts Hall.  He then proceeded to exit his car and chase bystanders with a large knife, sending 11 people to the hospital with non-life-threatening injuries.  Ohio State Police Officer Alan Horujko was nearby the scene and quickly called in Artan’s car.  By 9:53 a.m., Horujko had shot the attacker after he failed to obey the officer’s orders to stop.

The motive behind Artan’s attack is rooted in the treatment of Muslims in the United States.  In a message posted on his Facebook page, Artan posted a photo of a document with a warning: “Screenshot this before it gets deleted.”  The photo captured writings about the U.S. being able to stop “lone wolf attacks” if they made peace with ISIS, as well as a disturbing vow to “kill a billion infidels” to save an individual Muslim life.

Artan also writes, “By Allah, we will not let you sleep unless you give peace to the Muslims.  You will not celebrate or enjoy any holiday.”

Ohio State utilized an emergency alert system that sent out text messages warning students, parents, and staff immediately about information related to the attack, as well as directions of what to do and where to go in the midst of the situation.  In a message sent out, students were warned of an active shooter and told to “RUN HIDE FIGHT.”

Ohio State junior, Emily Clark, was nearby the location of the attack when the alerts were sent out.  “Around me, everyone stopped and started screaming,” she said, “A girl ran past me and grabbed my arm.  Once we got to the Union, we knew we were okay.”

Students, faculty, and staff have taken the recent traumatic events in stride.  The following day, professors were standing outside in the Oval, a large green-space on campus, handing out donuts and “free hugs” to students.

In a press release written by the Ohio State Undergraduate Student Government, the organization shared that, “Being a Buckeye has always meant having resilience and resolve in the face of immense challenges, and today was no exception…As many witnessed the events unfolding before our eyes in Columbus, our community showcased what true Buckeye character was all about.”

Clark agreed that there is a new sense of community and school spirit on campus; however, she pointed out that it will still take time for the campus to fully heal.

“I was walking to class and a siren went off and everyone stopped…It is quiet and empty.  Students are on edge.”

More information is still being released regarding details about the attack as investigation continues.