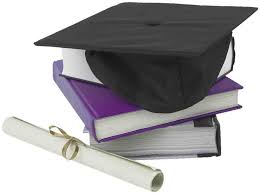 President Barack Obama announced on Monday, October 17, that the high school graduation rate in America has hit a record high.

According to CNN, the White House announced earlier that US high school graduation rates for the 2014-2015 school year reached the highest number on record at 83.2 percent, although significant disparities still exist between groups of students.

In a recent appearance at the Benjamin Banneker Academic High School in Washington, D.C., which had a 100 percent graduation rate last year, Obama stated, “When I took office almost eight years ago, we knew that our education system was falling short. I said, by 2020 I want us to be No. 1 across the board, so we got to work making real changes to improve the chances for all of our young people … And the good news is that we’ve made real progress.”

Although differences in the graduation rates of specific groups still exist, the National Center for Education Statistics reported that every group, including race-specific, low income, and disabled students, had seen an increase in graduation rates.

Obama and his administration frequently cite the fact that the graduation rate has increased four percent since the 2010-2011 school year as evidence of progress made during his term as President. However, the statistics concerning graduation rates may not tell the whole story about education in America.

According to The Nation’s Report Card, a nationally administered standardized test for students in elementary school administered by the National Center for Education Statistics, math scores for fourth and eighth graders dropped for the first time in 25 years on the 2015 National Assessment of Educational Progress. Reading scores were not much better: no increase  for fourth graders and lower average scores for eighth graders compared with 2013. Average scores on SAT and ACT college entrance exams have also decreased on average.

Remarkably low graduation requirements may also be a factor in the spike in high school graduates. Michael Cohen, president of Achieve, a national nonprofit that advocates for higher standards and graduation requirements, said in a statement to NPR, “For many students, a high school diploma is not a passport to opportunity, it’s a ticket to nowhere. You don’t know how many students who were in that graduation rate actually completed a rigorous course of study. We’re not transparent about that. We’re concealing a problem.”

Some states have also implemented a low threshold on graduation exams, while others have done away with them completely. The increased graduation rate may be more reflective of lowered requirements and grade inflation than actual gains in student performance.

An increased output of high school graduates in America is encouraging by the numbers, but a closer look may implicate that graduation rates are not solely the product of higher quality education.