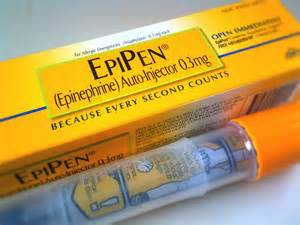 In the recent weeks, the creators of the EpiPen have come under harsh scrutiny due to severe price changes on the drug.

The allergy treatment drug is produced by a small pharmaceutical company, Mylan Pharmaceutical. Since 2009, Mylan has raised the drug’s price by 400 percent. Currently, the two-pack of EpiPens costs $609.

The company responded to the criticism by announcing a generic version will be offered at a fifty percent discount. However, Congress has requested a briefing with the company’s CEO as well as access to company documents to aid them in their ongoing investigation.

David Maris, a Wells Fargo analyst, told CNN, “No one’s expecting Mylan to give away their products. But sympathy is the most human emotion. And when you raise price year after year — by a lot — for a drug that’s lifesaving, it shows a complete lack of empathy.”

This was in response to the tremendous amount of stress and panic that parents of kids who need the drug are feeling this back-to-school season.

Maris finished, “It’s outrageous. People shouldn’t be fooled by the idea that the system made them do it. Mylan is to blame for the high prices of EpiPen.”

Last year, Mylan’s CEO, Heather Bresch made nineteen million dollars in total income and has brought it right around fifty-four million over the past three years.

However, she told the New York Times, “You can do good and do well, and I think we strike that balance around the globe… I am running a business. I am a for-profit business. I am not hiding from that.”

Some are pointing out that although the $609 price is what people see, eighty percent of their consumers pay absolutely nothing for their prescriptions. Also, only four percent are actually paying the full price. However, this still translates to 150,000 prescriptions.

With the recent issues, other companies are starting to emerge with their own versions of EpiPen. Imprimis Pharmaceuticals is hoping to release their one-hundred dollar version at the end of the year.

Imprimis’s CEO, Mark Baum, told CNN, “The cost of epinephrine (the drug  used in EpiPen) is literally less than a Big Mac. We don’t have the desire to charge the public even $300 for something that costs so little. That’s not how I want to live my life.”

Mylan is currently offering three-hundred dollar “savings cards” to customers that have to pay full price.