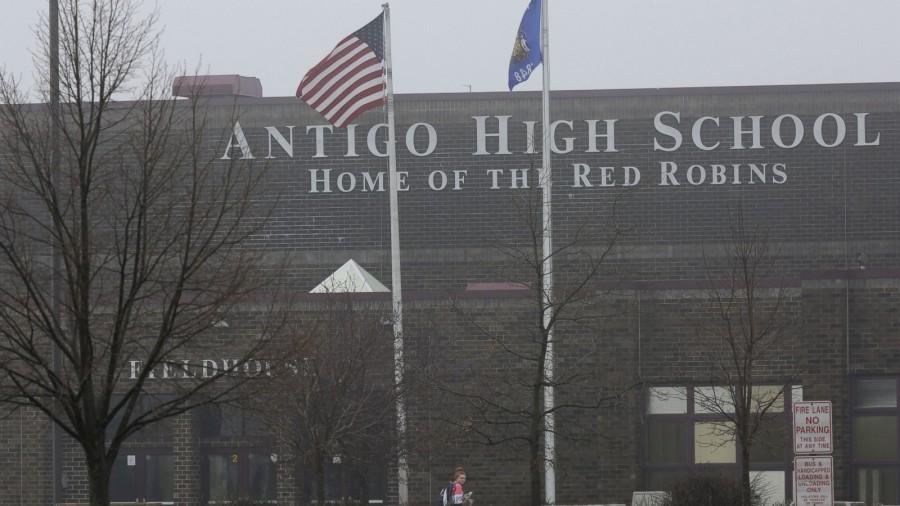 This past Saturday, April 23, a gunman opened fire on students attending the prom at Antigo High School, located in Antigo, Wisconsin.

Former Antigo student Jakob Wagner, 18, fired a rifle at the two students outside the school around 11 p.m., who survived with only non-life-threatening injuries.  Wagner was fatally shot after aiming the rifle at police officers, preventing what authorities said could have been a much more devastating attack on the school.

ABC News reported that the officer who ended the threat was Antigo Police Patrolman Andy Hopfensperger, who had been patrolling the parking lot with two other officers during the dance.

Hopfensperger had been “near the victims when they were shot and immediately engaged the shooter, stopping any further threat,” Antigo Police Chief Eric Roller said in a statement.

Roller previously stated that his officer “saved a lot of lives” by preventing the suspect from ending up inside the dance.

Former classmates have spoken out on what may have proved Wagner’s violent actions.  “He was bullied a lot,” Emily Fisher, a 2015 graduate of Antigo High School, told USA Today.  Fisher said students, “ganged up on Wagner, called him names and may have been violent toward him, in part because of poor hygiene. The bullying occurred since at least middle school and persisted through high school, although to a lesser degree,” Fisher said.

Fisher also noted that Wagner had a fascination with guns and talked about them frequently, even making replicas of firearms in art classes.  This red flag was most likely overlooked because of Wisconsin’s strong hunting culture.

“Ever since we were younger, he was one of the kids you kind of watched out for,” Fisher told USA Today.  “If someone was going to shoot the school, we thought it was going to be him.”

Antigo High School officials have not released any specific information in regards to Wagner’s background and history at the school.

A statement posted at 5:15 p.m. on the Unified School District of Antigo website reads, “Law enforcement agencies conducted a thorough search of the High School building and the on-site investigation has been completed.  The advice of these experts is to resume school on Monday so that students and staff can have access to support from counselors who will be available at all school sites.  There will also be heightened police presence around the high school for the next few days to lend support.”

Investigations are ongoing in the hopes of determining the shooter’s motive.