Penguin colony suffers after being landlocked by iceberg 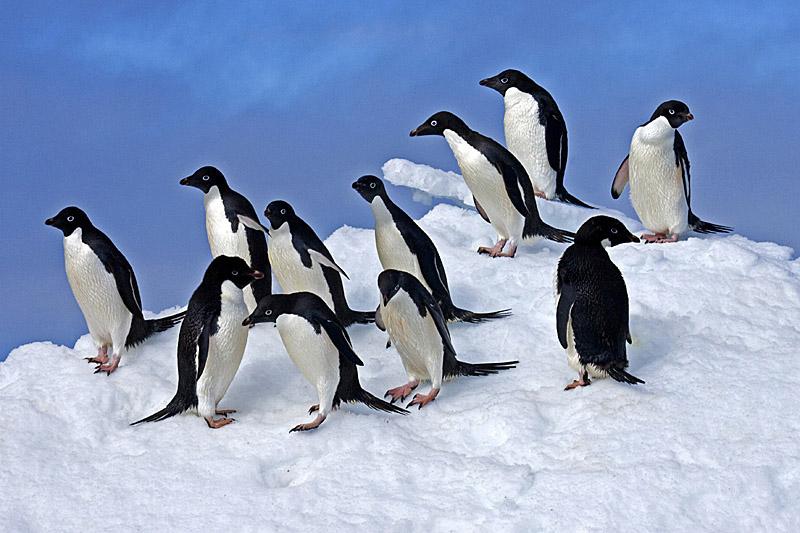 Approximately 150,000 Adélie penguins have perished after being trapped on land by a massive iceberg.

The iceberg first caused problems when it became trapped in Commonwealth Bay in Cape Denison, Antarctica in 2010.  Unable to access the ocean and hunt for fish, the penguins must now trek nearly 40 miles to the nearest source of food.

Since its arrival and consequential blocking of water access, the number of penguins in the colony has been reduced to a mere 10,000 penguins, according to a report published by the Climate Change Research Centre at Australia’s University of New South Wales.  Scientists predict the entire colony will be gone in 20 years unless the sea ice breaks up or the giant iceberg, named B09B, is dislodged.

“The arrival of iceberg B09B in Commonwealth Bay, East Antarctica… has dramatically increased the distance Adélie penguins breeding at Cape Denison must travel in search of food,” researchers stated in the report.

Upon seeing the colony, one researcher told Gulf News Australia that, “The ones that we saw at Cape Denison were incredibly docile, lethargic, almost unaware of your existence.  The ones that are surviving are clearly struggling. They can barely survive themselves, let alone hatch the next generation. We saw lots of dead birds on the ground … it’s just heartbreaking to see.”

In contrast, a colony of Adélie penguins located only five miles from Commonwealth Bay is continuing to thrive, leaving scientists to conclude that the iceberg has had a direct impact of the species that is now landlocked, as opposed to other possible causes that could have impacted the colony and led to its dwindling numbers.

According to CNN News, research on the iceberg’s impact on the Adélie penguins can give scientists insight into the wider implications on the effects of increasing sea ice in the area.  Environmental changes such as those causing higher amounts of drifting ice could also affect the breeding habitats of land creatures, ability of finding food in a marine environment, and the availability of prey for larger predators.  In comparison to the Arctic environment where glaciers and icebergs are rapidly melting and disappearing, the amount of sea ice surrounding the continent of Antarctica has continued to increase.

While the uncontrollable course of natural events seems unfortunate and cruel to say the least, scientists say it’s important to keep perspective on the penguins’ population over a larger time frame and to not overlook the fact that some penguins have been able to survive up until this point and will continue to do so in spite of the many odds against them.