Ukraine faces an increased risk of open war with Russia 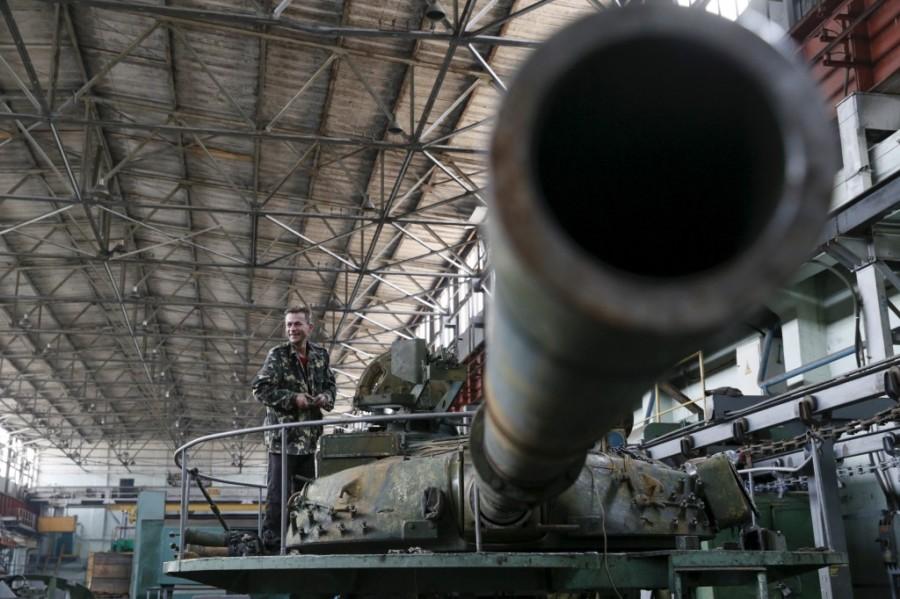 According to Reuters, the possibility of an open war with Russia looms over Ukraine as Petro Oleksiyovych Poroshenko, President of Ukraine, informed the German newspaper Bild last Wednesday.

“The danger of an open war is greater than last year. Russia is investing a great deal in war preparations,” Poroshenko said.

This statement came after he had gone to Berlin last Monday and met with German Chancellor Angela Merkel. There, she told him that the Minsk accord, which includes a cease fire between Ukrainian troops and pro-Russian rebels, had “not one single point” yet to be applied.

Poroshenko told Bild, “We can see 8,000 Russian soldiers with Russian commanders in our country, new military sites directly along the border and constant military training. Russia is investing a lot in these war preparations. And we are not getting any explanations for this,” reported CNBC.

Not only did Poroshenko speak about the threat that Russian posed on the Ukraine, but also the threat it posed to all of Europe. “Everyone knows: If Russia threatens Ukraine and also has its sights on other states, this concerns the global security of Europe,” he told Bild.

However, it is not just the Ukraine who shares problems with Russia. German officials claim that “Moscow hopes to destabilize Europe and create a vacuum into which it can project its own power,” as Reuters stated. Not only that, but even Poroshenko said to the Bild, “Now Putin has opened an information war against Germany as well.”

This seems to have all rooted from an alleged rape case involving a 13-year-old German-Russian girl that claimed that she had been kidnapped in east Berlin by immigrants who then raped her. However, the Berlin public prosecutor’s office had a medical examination and found she was not raped.

What caused such controversy between the two countries was the fact that Russian Foreign Minister Sergei Lavrov claimed that German authorities were “sweeping problems under the rug”.

According to Reuters, when confronted about the possibility that this accusation had been made to create tension around immigration, Dmitry Peskov, a spokesman for the Kremlin, told reporters, “We cannot agree with such accusations. On the contrary, we were keen that our position be understood, we were talking about a citizen of the Russian Federation,” he added. “Any country expresses its concerns (in such cases). It would be wrong to look for any hidden agenda.”

Whatever the case might be, stakes are rising for Russia and Ukraine as the threat of open war becomes more prominent.