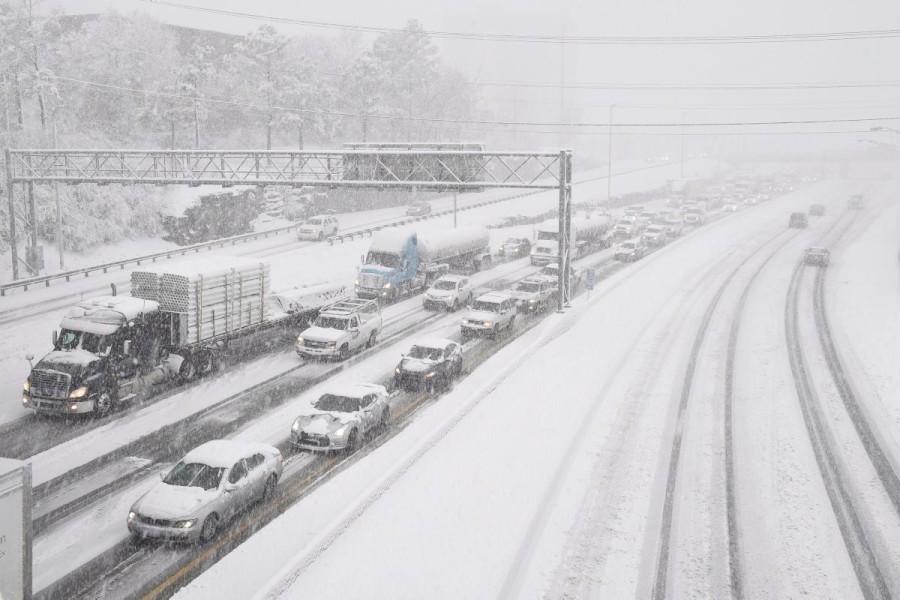 The northeastern region of the US has begun the process of digging out from the massive amounts of snow dumped this past weekend as a result of Winter Storm Jonas.

Eleven states in total declared a state of emergency at some point during the storm, and at least 48 people have died as a result of the brutal weather.

The storm was the second-biggest in New York City history, with 26.8in of snow falling by midnight Saturday, just short of the record 26.9in set in 2006, the National Weather Service said.  “This will very likely be one of the worst storms in city history. Go home. Stay home. Stay safe today,” said New York City Mayor Bill de Blasio, as New York Governor Andrew Cuomo banned all non-emergency travel.

Federal offices in Washington, DC as well as schools in and around Philadelphia, Baltimore, New York, and Washington DC remained closed through Tuesday as city and borough officials began implementing plans to remove the surfeit of snow.  Although most facilities are functioning on normal schedules, many residents across the region must continue to wait for side streets to be cleared to go about their daily lives.

Making matters worse, Winter Storm Jonas also caused major power outages along the east coast.  According to the Associated Press, more than 150,000 homes and businesses were without power in North Carolina, and upwards of 90,000 people had no power in New Jersey for some time on Saturday.

The coasts of New Jersey and Delaware suffered greatly, experiencing tides higher than those caused by Superstorm Sandy.  Beachfront erosion has worsened as a result of the storm surges and threatens homes in close proximity to the water line.

CBS News reported that the economic impact of the storm may top $850 million, and when factoring in the damage costs left behind, especially along the coast from flooding, it’s almost certain that this will be a billion-dollar storm.

The harsh storm came as a surprise to many considering the unseasonably warm weather of the past several months, which is attributed to the El Niño weather phenomenon.  While the storm hit the east coast swiftly, its effects are sure to be felt by many for a long time to come.