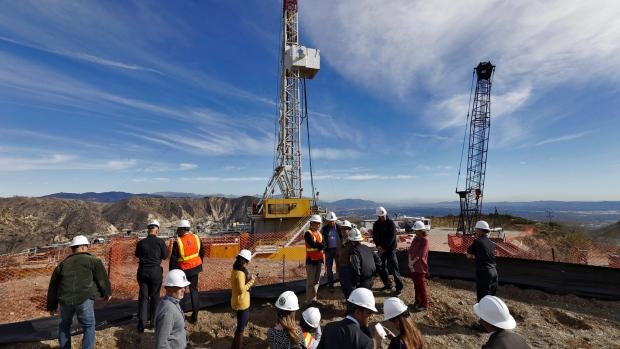 A massive methane gas leak from a well near the community of Porter Ranch, California has caused the evacuation of approximately 2,000 people.

CBS reports that gas has been spilling out of a former oil field-turned-storage site owned by Southern California Gas Company at the rate of 70,000 pounds per hour since October.

Residents in the surrounding area began complaining of symptoms like headaches, nosebleeds, and nausea and told news reporters that at times the air smelled of rotten eggs.  Methane gas is invisible to the naked eye, and investigators were able to confirm the gas leak only after filming the area using an infrared camera.

According to The Guardian, there were also concerns about the potential health effects of benzene, a known carcinogen found in methane gas.  On November 10, benzene levels recorded by Southern California Gas reached nearly six times higher than the safe limits for exposure period over eight hours, according to Michael Jerrett, chair of UCLA’s environmental health sciences department. “If it was just two or three days, it would be one thing,” he said. “For about the first three weeks of November there were levels of benzene being sampled in the community that were considerably higher than expected in the LA basin, and were likely to be higher than the government exposure level for eight-hour exposure.”

The New York Times reported that early efforts to thwart the flow of noxious fumes were unsuccessful due to the gas rushing up at nearly 200 times normal atmospheric pressure. Southern California Gas, the local utilities company, has begun drilling a relief well scheduled for completion in late February.  Drilling a relief well is a time-consuming and expensive process, especially drilling one to accurately intercept the narrow steel pipe of a problem well more than a mile and a half underground.

California Governor Jerry Brown has already declared a state of emergency in the Los Angeles neighborhood of Porter Ranch as thousands of families have had to relocate to escape the sickening effects of the gas.  “All state agencies will utilize state personnel, equipment and facilities to ensure a continuous and thorough state response to this incident,” Brown’s office said in a statement. The Southern California Gas Company has been subsidizing those residents who want to move and installing air filtration for those who choose to stay.

Unlike many similar wells, the leaking site did not have a subsurface safety valve; though not required by state regulators, such a valve could have stopped the leak quickly, and calls for reform have followed to prevent similar crises in the future.