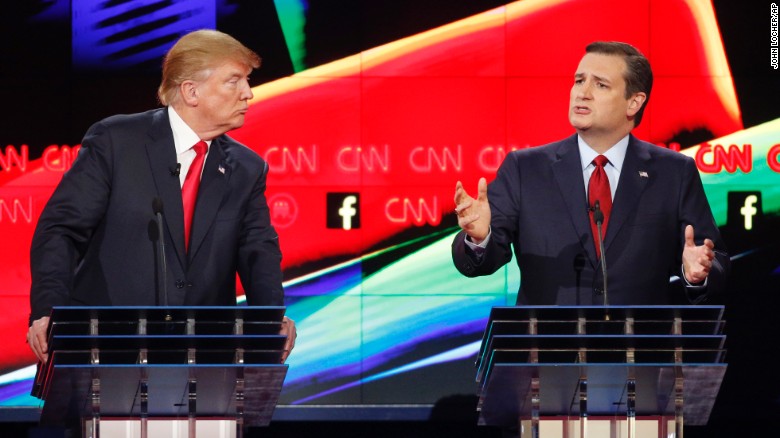 On Tuesday, December 15th, the Republican Party’s candidates that are running for the Presidency of the United States of America took part in the last open debate amongst themselves in 2015. The contenders put forth their best efforts to gain support for their potential runs for the illustrious position.

Prior to the debate, expectations were varied for the different candidates. While most of the nominees have moderately similar policies, the still prevalent differences in ideologies took center stage throughout the night. The Republican Party’s frontrunner, businessman Donald Trump, went head to head against his competitors that were hoping to close their respective gaps in the polls. Las Vegas, Nevada, was the location of the event covered by CNN.

As soon as the debate started, it quickly became apparent that National Security would be the major topic of the night. Since the last debate in early November, there have been multiple nations that have suffered from terrorist attacks heralded by the Islamic state, with places such as France, Lebanon, and even the U.S. being attacked. The candidates took on their opponents policies regarding what to do about and how to end these threats, with the colorful personality of Donald Trump taking center stage. While others such as the refugee crisis were also discussed, it was the foreign policies about dealing with the threats from the Middle East that Trump and his opponents truly focused on.

But these topics did not keep the potential nominees from attacking each other on more personal levels. The aforementioned Trump was quick to continue his feud with Jeb Bush, the former governor of Florida. Trump claimed that Bush is “a very nice person. But we need tough people,” effectively name-calling Bush as being too weak to truly solve the issues at hand. The two then proceeded to interrupt each other multiple times before the topic finally was moved to the other candidates.

Marco Rubio also quarreled with his fellow Cuban-American Senator Ted Cruz. The two trail Trump in the polls by narrowing margins and were said by various media outlets such as Fox News to have done well during the proceedings.

But the field for the coveted position of being the Republican Party’s 2016 Presidential nominee is still truly open to an unprecedentedly large amount of GOP candidates. With the race reaching its home stretch in the next few months, the results of this debate, coupled with any future developments, will surely prove vital to the future American political landscape.