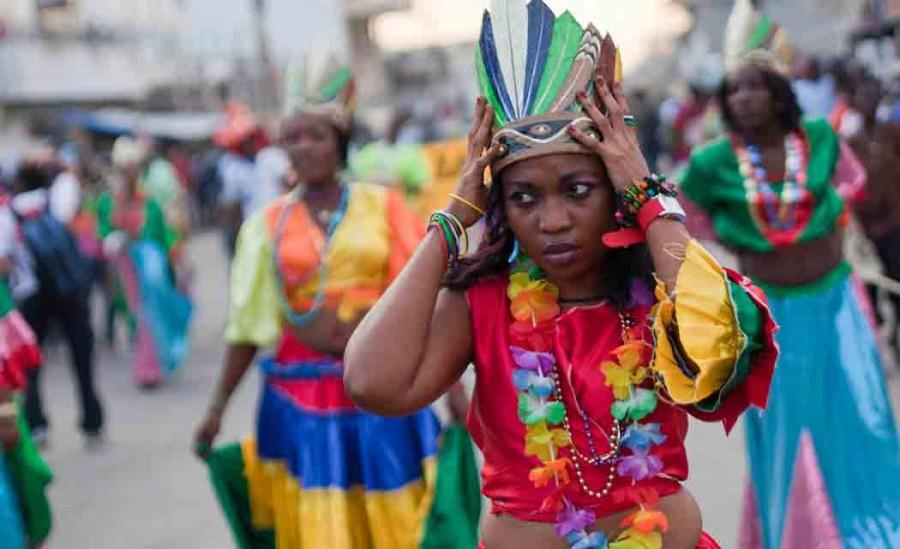 At least 16 people were killed and at least 78 were left injured early February 17, when a man sitting atop a carnival float was shocked by a high-voltage wire in the Haitian capital of Port-au-Prince, said officials.

The accident occurred during the second day of an annual celebration that takes place in the streets of downtown Port-au-Prince. Thousands of people surrounded the parade line, trying to get as close to the floats as possible.

When large carnival floats are led through crowded streets, such as the ones in Port-au Prince, it is common to have someone positioned at the top of the parade float to push low-hanging power lines out of the way.

“I saw the wire falling and sparks and I started running for my life,” said Natacha Saint Fleur, a 22-year-old who was near the float at the time.

Videos from the scene show sparks flying from the wire as it swings down, hitting the man who tried to push it away from the crowd, as well as the people riding on the float beneath him. The wire appears to hit several others that were standing on the street as well.

The people standing on the float when it was struck by the power line were all members of the Haitian hip-hop group known as “The Barkiad Crew”. Their lead singer, who goes by the stage name of “Fantom”, is the only one expected to survive.

Although many people sustained injuries directly from the power line, the majority of those injured or killed were trampled to death by the massive crowd of people, all trying to escape at the same time.

Prime Minister Evans Paul reported that 16 people were confirmed dead and at least 78 were known to be injured. His statement, however, conflicted an earlier report. Nadia Lochard, a coordinator for the Department of Civil Protection, had claimed that at least 20 people were killed.

Surprisingly, this type of accident is not uncommon during large parades. A similar accident recently occurred in Rio de Janeiro, and resulted in the death of three people and injuries of many more.

In honor of the Haitian people who lost their lives in the Port-au-Prince accident, the Prime Minister has declared that three official days of mourning will occur. Haitian officials also chose to cancel the third and final day of the carnival. A vigil will also be held on February 21 for the victims and their families.