United Airlines Ships Dog To Ireland Instead of Phoenix 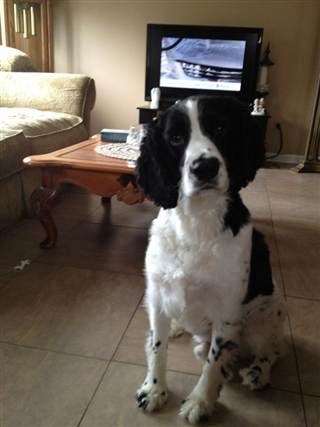 Six-year old English Springer Spaniel, Hendrix, had quite the adventure last week. Hendrix was suposed to be shipped to Phoenix, but instead United Airlines flew him to Ireland and left the pet owner, Meredith Grant furious.

This startling incident had the airlines shipping the dog from the U.S., to Europe, and back in a span of 24 hours.

According to a statement from a United Airlines representative to NBC News, “We regret that…Hendrix was boarded on the wrong aircraft. We are reviewing the circumstances surrounding the situation and will take steps to prevent this from happening again.”

Apparently Grant recently moved from Staten Island, New York to Phoenix last week, and asked her mother to ship her dog to her new home from there.

Also according to NBC, the mother payed$450 for the ticket and dropped Hendrix off at Newark International last Thursday. Grant stated that her mother asked airline workers “a hundred times” whether the dog was going to Phoenix to make sure everything was okay.

When Grant went to retrieve Hendrix at the airport, she got a “panicked” call from her mother informing her that the dog was not on that flight, but rather heading across the sea to Emerald Isle.

After realizing the mistake, the airline stepped in quickly to make sure Hendrix returned to Newark and reunited with the pet owner as quickly as possible.

Grant’s biggest worry was the safety of her dog, “It was just like panic. Is he all right? Is he going to be OK?”

She was reported to be relieved when the pilot of the plane personally called her to ensure that Hendrix was in good care and being taken care of.

The dog was shipped back to Grant’s mother first, then from there shipped to Phoenix, which was the original destination for him.

Hendrix was reunited with his family on Friday evening.

United Airlines has apologized to Grant’s mother and offered her a complete refund, but Grant stated that she did not get an apology and has yet to get an explanation of how her dog ended up across the ocean.

Luckily for little Hendrix, Grant said, “I would absolutely never ship my dog with United again. Next time, I’m just going to drive and make sure he’s with me so nothing like this happens again”