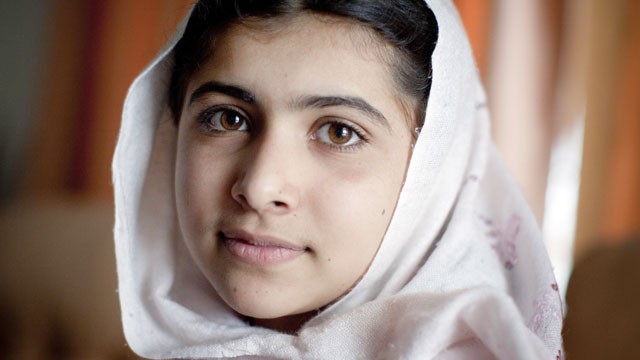 Malala Yousufzai’s is a 14 year old Pakistani girl that lives in the northwest section of the Swat Valley region.  As she grew up she began to differ and started having a growing resentment towards the Taliban, who are a powerful force in the area.  Malala was getting frustrated with the fact that the Taliban was heavily limiting the education of girls her age.

Malala wanted to do something to express her frustration at the situation, so she turned to the Internet.  She started to post things that were against the Taliban, which made her a possible target to the Taliban and their followers who still have a major role in the region.  However, the constant threat of retaliation didn’t stop Malala from continuing to speak out.

On October 9th, Malala and two of friends were being driven home from school when they were stopped by men that were on motorcycles.  They asked which one of the girls was Malala Yousufzai and when one of the girls said that it was her, the men opened fire.  The driver of the car was able to speed away, but Malala was shot in the head and her two friends were in less critical condition.

Miraculously, Malala survived, but was still in serious condition and needed to receive specialized care to recover from her wounds.

Malala and her family were flown to England and are now at Birmingham hospital.  Malala is expected to have to be there for weeks if not months before she fully recovers.

In the days that have followed the attack people from all over the world have come together in honor of her and to pray for a speedy recovery.  The government has raised the priced against the men that attacked this teen activist, and they are continuing to hunt them down.

In the first message from Malala since her attack, she said that she appreciated all of the concern and prays for her that have been sent her way.  Since she was shot in the head, she is not yet speaking, but according to doctors she has been able to write down several logical sentences which is a big step.