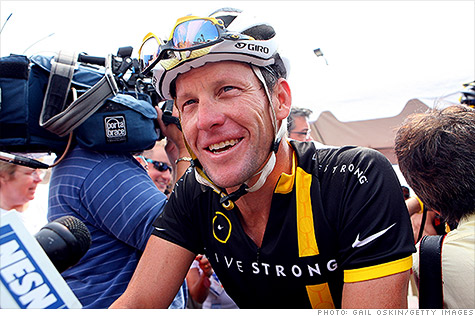 Lance Armstrong, admired cancer survivor and role model to thousands, has officially announced that he will be stepping down as chairman for his Livestrong organization. His vice chairman, Jeff Garvey, will take his place.

Armstrong’s reasoning behind stepping down from the fight was he “didn’t want his personal troubles to detract from Livestrong’s mission.” He stated, “I have had the great honor of serving as this foundation’s chairman for the last five years and its mission and success are my top priorities. Today therefore, to spare the foundation any negative effects as a result of controversy surrounding my cycling career, I will conclude my chairmanship.”

Although Armstrong decided to step down as chairman, the founder of Livestrong has decided to still remain on the 15-member board and continue to play an active part in the foundation.

The U.S. Anti-Doping Agency released a report a couple weeks ago accusing Armstrong of being involved in a conspiracy to cover up doping activities within the U.S. Postal Service Team while in his historic Tour de France run. Along with Armstrong were eleven teammates who alleged that they all used banned substances and used numerous high-tech methods in order to skip being detected.

Although Armstrong has yet to come out and admit that he is guilty, he has decided to decline the option to fight the charges for arbitration. This has resulted in a ban for the cyclist for life, and Nike, one of Lance’s biggest sponsors, announced earlier this week that they will now be cutting all ties with the athlete.

With Armstrong’s revoked medals and loss of sponsorships, he faces a long, windy, and unknowing road ahead.