Romney and Obama Clash in Denver 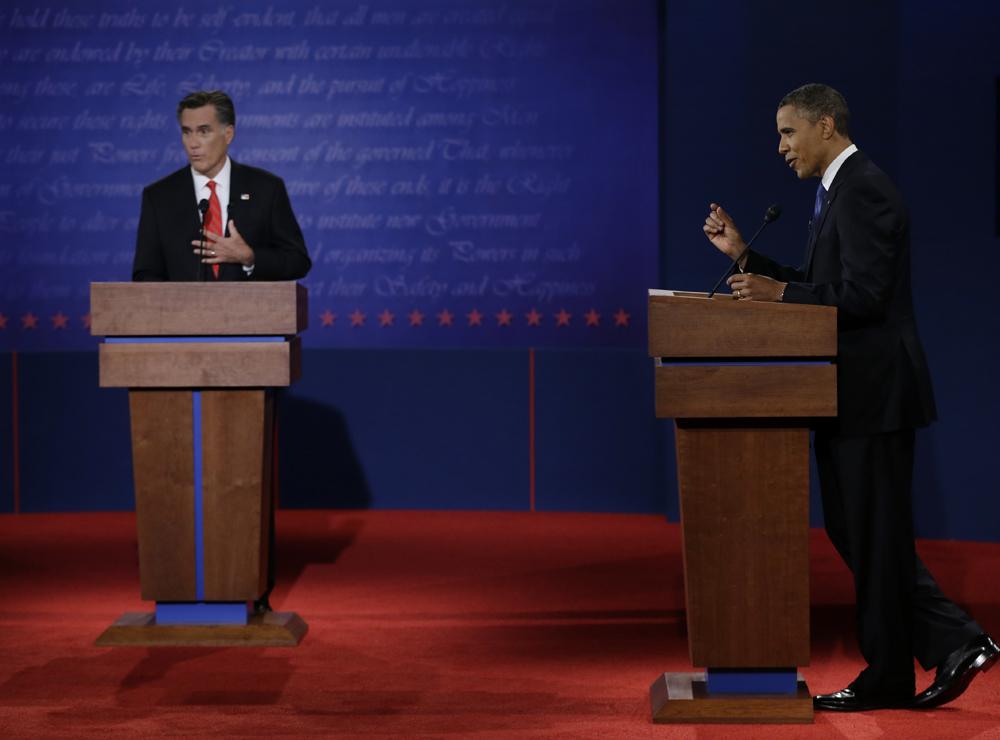 At the University of Denver, President Obama and Republican Presidential candidate Mitt Romney met for their very first in a series of Presidential debates. Each candidate was given 2 minutes to state their views on a variety of major topics including the economy, the national debt, taxes, and healthcare. After the first candidate spoke for their allotted time, the other candidate responded to the other’s comments, and they went back and forth until the mediator, Jim Lehrer, would be able to get the candidates onto a different topic.

Republican nominee Mitt Romney had to do several things throughout the debate for him to call it a successful night. First off Mitt Romney had to clearly state his tax plan and how he would help reduce the federal deficit level. He also had to be well spoken and confident in his views against a well-practiced and talented speaking opponent. Finally, Mitt Romney had to criticize the President on the fact that the unemployment rate is still over 8 percent and the trouble that has swept through the Middle East.

Mitt Romney started off the debate calm, cool, and confident, and he was very articulate on his points. In this area he presented his ideas more enthusiastically and confident than his opponent Mr. Obama, who seemed a little bit flat and not as inspiring as he usually is.

Republican Presidential candidate Romney responded to President Obama’s attacks on his debt reduction plan and said that he would cut tax rates for individuals and reduce the size of the federal government.

However according FactCheck.org, it says that, “Tax experts — including one who supports Romney’s plan — say the Republican Presidential candidate’s promise to cut individual income tax rates without either favoring the wealthy or losing revenue isn’t mathematically possible.”

On the other hand, Mr. Obama had to make clear differences between the two different campaigns on topics such as taxes, the economy, and healthcare.  He did that quite well, stating his opinions and then stating what his opponent’s position is in an organized and logical way.

Mitt Romney accused the president that the way he wants to continue running the government if he won the election as a form of “trickle down government”, where the government has a larger role in the economy, is detrimental to the country.  Romney favors trickle down economics which is where the higher ups in the private sector trickle their wealth down.

President Obama however did score some big points from the debate on the topic of Medicare.  The Republican hopeful favors a choice for senior citizens either Medicare provided by the government or a private sector voucher.  The President slammed this idea of a private voucher system by saying that the private sector would be more expensive for senior citizens.  He also said that the vouchers would kill the Medicare system provided by the government, and the private system would take advantage of the elderly.