iProblems 5: Apple’s New Phone Has a New Set of Issues 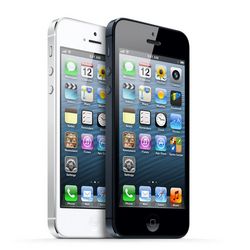 The ever anticipated iPhone 5 came out on September 21, and Apple has continued its trend of releasing its products before they have worked out most of the technical issues.

One of the most recent issues to arise is that while using Wi-fi, iPhone users are still being charged for data usage. This is a huge problem because for every other phone, Wi-fi does not count toward a phone’s data plan.

Another problem is the camera. A lot of users have noticed a purple flare if they take a picture of something bright. Apple said that this was totally normal behavior for the camera. So for those people who like to take pictures of the sunset, prepare yourself for some random purple.

Some of these problems include Apple Maps and Siri as well. It will confuse New York, New York with New York, Texas. Even more of a problem is the fact that the edge around the screen will actually wear away revealing the aluminum underneath. Other problems include leaking light, a random rattling, and scratching way too easily.

Even with all of these problems the iPhone 5 was the top selling iPhone ever, selling over 5 million phones in the first 3 days.