Self-Driving Ubers Take to the Streets in Pittsburgh

Uber, the San Francisco-based company responsible for the “personal taxi”, has been working on developing self-driving vehicles to commute people around Pittsburgh.  A few weeks ago, they brought along their first passengers on test runs, the majority of which were local journalists.

Andrew Moore, dean of the School of Computer Science at Carnegie Mellon University, expects that it will be at least another decade of research and development before fully autonomous vehicles are found on the roads in any significant numbers.

As novel an idea as it may seem, Uber’s work is far from the first in the field of autonomous vehicles.  In 1995, Carnegie Mellon researchers built a minivan which remained in autonomous mode about 98 percent of the time as it drove across the country.

While highways and geographically predictable roads may be simple for autonomous vehicles, city roads are much more difficult to traverse.  Between uneven streets, potholes, tunnels, bridges, as well as many other impediments, Pittsburgh poses a definite challenge for drivers, human and artificial alike.  The director of Uber’s Advanced Technology center, Raffi Krikorian, has described the city’s roads as “the double black diamond of driving”.

While the Uber prototype is capable of automated driving, the company’s safety regulations require that one of their engineers be present in the vehicle while it operates.

Early prototypes of the vehicles have cameras mounted to the top of the car, although as the design progresses it will likely become more streamlined.  Many sensors are fixed to the sides, roof, and bumpers of the car, as well as interior sensors.

The first self-driven vehicles are a mix of heavily modified Volvos, Hondas, Fords, and Mercedes, to name a few.

The publicity of Uber’s first self-driven cars is not intended as a marketing method; rather, the trials are being conducted to determine the safety and overall success of the design in various real-world scenarios.

Uber currently has a fleet comprised of some 1.5 million drivers, many of which will in time be replaced by autonomous vehicles.

The autonomous vehicles will first be available for making pick-ups in the area of Pittsburgh neighborhoods.  Before long they are planned to expand into the suburbs north of the city as well as the region surrounding the airport. 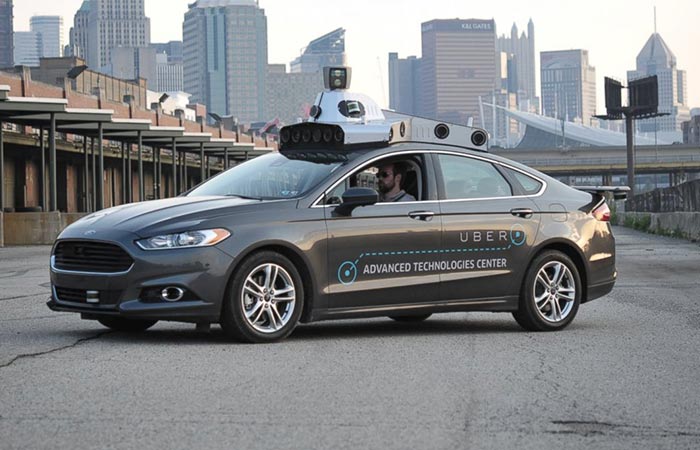