The Westminster Dog Show: A Whole Lot of Good Boys 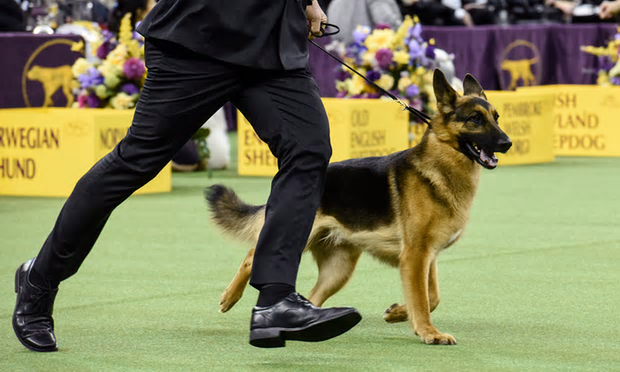 There can only be one winner of the title Best in Show, but really, every competitor in the 141st Westminster Dog Show is a very, very good dog.

This year’s winner of the 2017 Best in Show award was Rumor the German Shepherd, named after Adele’s single Rumor Has It. According to Forbes, Rumor triumphed over nearly 3,000 other hounds to take home the title in her final competition. Rumor nearly won the title last year, but was bested by CJ the German Shorthaired Pointer. Handler Kent Boyles had planned to retire Rumor, but decided to give it a final shot at Westminster, where Rumor also won the herding group, paving her way to Best in Show.

To secure the coveted title, Rumor had to edge out the six other finalists from each respective category: runner-up Adrian the Irish Setter (in the Sporting group), Devlin the Boxer (in the working category), Chuckie the Pekingese (top of the Toy dogs), Aftin the black miniature poodle (best of the Non-sporting group), Duffy the Norwegian elkhound (of the Hounds), and Tanner the Norwich Terrier (of the Terriers).

Thousands of dogs compete at Westminster, so how do judges determine which pooch is better than the rest?

According to the Westminster Kennel Club’s website, the process of judging each dog is very finely tuned. “Each breed’s parent club creates a STANDARD, a written description of the ideal specimen of that breed. Generally relating form to function, i.e., the original function that the dog was bred to perform, most standards describe general appearance, movement, temperament, and specific physical traits such as height and weight, coat, colors, eye color and shape, ear shape and placement, feet, tail, and more… This results in the sport’s subjective basis: one judge, applying his or her interpretation of the standard, giving his or her opinion of the best dog on that particular day.”

While the main focus of the competition remains on the dogs, animal lovers can rejoice for another reason: 2017 was the first year that the Westminster Kennel Club welcomed cats to the event. According to TIME, the cats debuted at the multi-day event called “Meet and Compete” on Saturday.

“It makes it interesting,” Gail Miller Bisher, a spokeswoman for the Westminster Kennel Club, first told AM New York. “It’s a celebration of dogs — and now cats — but it needs to be a little bit of everything for everybody. That’s what we like about it.”

Although the date for next year’s show has not yet been set, we look forward to next year’s winner and all of the good dogs (and cats) to come.