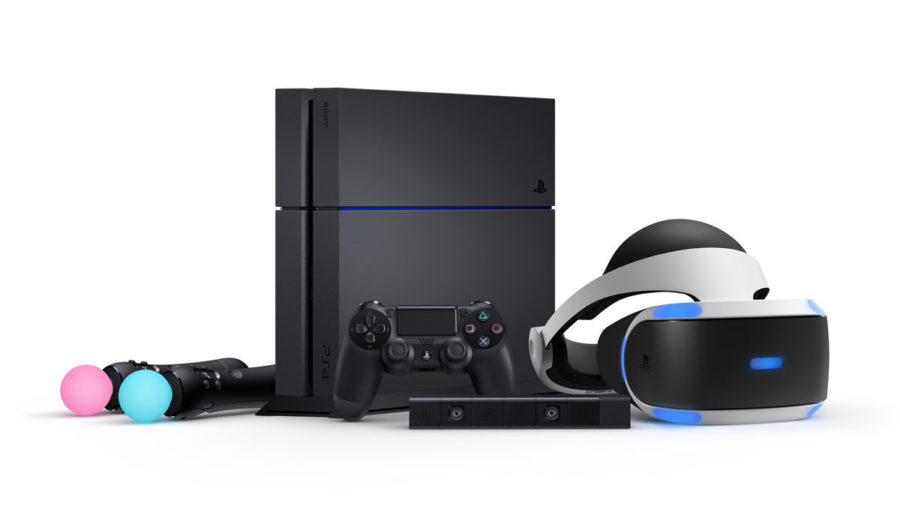 Expected to hit the shelves in September, 2016 the PS4.5 is taking some big steps forward inside and out.

Usually when a new console is made the goal is to make something new but still similar to the last. In this case, Sony is being honest that its actually a souped up PS4 and not a new standalone console.

Those who own a PS4 right now however have no pressure to get the new PS4.5 because there will be no exclusive games for it. Instead all games will feature two different modes for the corresponding consoles.

Some of the biggest and newest aspects of the system is that it will be compatible with 4k televisions and enhanced capabilities with the virtual reality headset Sony is developing: PlayStation VR.

The VR headset works through the 12 LED lights placed around the headset which are picked up by a camera attached to the PlayStation and tracks up to 1,000 times per second for very smooth visuals. That also allows for players to look around in-game without having to use the control stick on the controller, allowing the player’s thumb to be used on other buttons which can make all the difference in fast-paced games.

There is, actually, a PlayStation 5 in the works as well, but with the PlayStation VR headset coming out around June, apparently they couldn’t wait. The Playstation VR is compatible with the PS4 that many already have, but the PS4.5 is made alongside the VR, and they are optimized to work best together.

The PS4.5 is looking to cost $399, and the VR is estimated to cost another $390, plus another $43 for the camera which is a daunting price. However, considering the competitors, it’s not so bad. The Oculus Rift VR headset costs almost $560, and the HTC Vive Pre costs $770. Considering this, the total price of about $430 doesn’t seem so bad anymore, especially since the one made my Sony is specifically for the PlayStation and will be much easier to set up.

This also shifts the power in the “console wars” (the ongoing debate between fans as to whether the Xbox or PlayStation is better) much in Sonys favor. Things had already been looking dim for Microsoft when the Xbox One came out to rival the PS4, but now that Sony had announced two new consoles and virtual reality, Microsoft is going to have to do something even bigger to surpass what the PlayStation is bringing to the table.