Impact of Concussions on Young Athletes 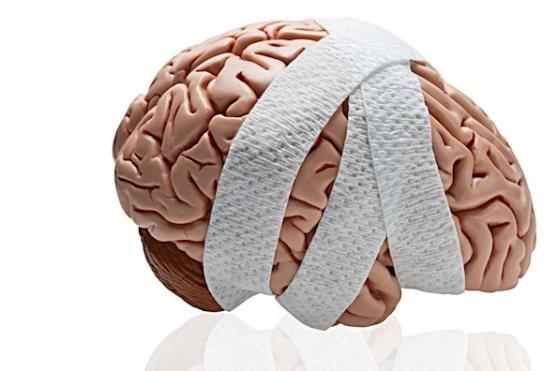 As the school year rolls on and the many sports offered at Seneca Valley come into season, sports-related concussions inevitably make an appearance.  Concussions don’t seem out of the ordinary to many, but their immediate, as well as lasting effects, can have an impact far beyond the initial hit.

The length of the recovery process after sustaining a concussion varies depending on the severity of the brain injury, but the CDC explains some measures anyone with a concussion should take for the best chances of recovery: avoiding sustained electronic use, avoiding strenuous physical activities, especially contact sports, and returning to school or work gradually.

However, even after a concussion is believed to be healed, the brain is “still not functioning at 100 percent,” according to Dr. Maryse Lassonde, a neuropsychologist and scientific director of the Quebec Nature and Technologies Granting Agency.

A recent study conducted by Dr. Lassonde compared healthy athletes of similar age to those who experienced a concussion 30 years ago.  The results of the study indicated that the athletes who suffered concussions had abnormal brain wave activity and partial wasting away of motor pathways.  Some of the test subjects also experienced symptoms similar to the early effects of Parkinson’s disease as well as attention and memory deficits.

Dr. Lassonde advises, “If a child or any player has a concussion, they should be kept away from playing or doing any mental exercise until their symptoms abate. Concussions should not be taken lightly. We should really follow former players in clinical settings to make sure they are not ageing prematurely in terms of cognition.”

Preventing concussions in young athletes is the best way to avoid neurological troubles down the road.  The CDC advises athletes to wear properly fitted helmets and equipment when participating in contact sports, follow the rules of the sport, and report a suspected concussion no matter how mild the symptoms may be.

The serious long-term effects of concussions are only beginning to come to light; for now, it’s clear that athletes should do everything possible to avoid concussions to benefit their brains in the future.