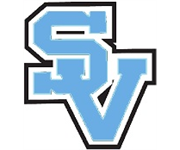 Despite Seneca Valley’s loss on Saturday against North Allegheny, Seneca’s Poms team is determined to rally the players in their next game on Friday against Fox Chapel.

Pom Pons, the Seneca Valley equivalent of a cheerleading squad, performs with the SV Raiders every game. Their goals are to encourage excitement and enhance school pride through their performances, most notably of which is during the half time show with the accompaniment of the SV school band.

According to Anna Stewart, captain of the Poms team, they perform at half time to songs such as “Lips are Movin” by Meghan Trainer, “Eleanor Rigby” by The Beatles, and even “Bohemian Rhapsody” by Queen, all of which the crowd can experience during their half time show.

Stewart spoke on the subject by saying, “I’d say it’s definitely the team’s favorite part of the game. Collectively, we love the songs we preform to and we practice a lot throughout the week, so to watch it come together during the games is really incredible.”

However, Pom Pons is not entirely an easy activity. In fact, according to Anna Stewart, Poms has been proven to be a difficult, yet rewarding experience.

“Everything is challenging in its own way,” she said, when asked what the easiest part of the activity was. “It all takes various amounts of work and the kick-line especially is very difficult to do.”

“I think I can speak for me and the rest of the girls when I say we’re all really pumped about the homecoming parade because we’re set to preform twice during it and we’re also scheduled to be in the parade at the carnival.”

As for Anna Stewart’s expectations for the Raiders this year she said, “Obviously, I expect and hope this season will be victorious and even better than last year. Of course, I am really rooting for them. I think that this time around it will be a lot more fun because we’re expected to have a bigger turn out this season. The more people, the better! And also, from what I’ve seen, the players have been working harder, so that’s always reassuring! I can’t wait for them to crush Fox Chapel on Friday! I’m really confident that we’ll win.”

The Pom Pons team would it if the Seneca students to be in attendance when they take the Seneca field at half time against Fox Chapel, Friday, September 11th.