Three Women Found Alive in the West Side of Cleveland 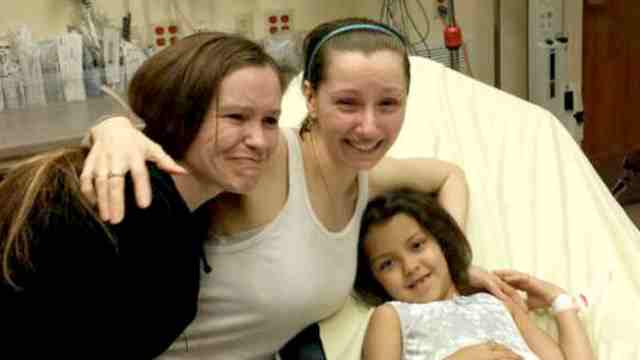 Three women who went missing a decade ago when they were just teens were found alive in a residential area just south of Cleveland.  Amanda Berry, Gina DeJesus and Michelle Knight all went missing in late 2002 and early 2003.

According to the Plain Dealer newspaper, Knight was 18 when she became the first of the three to go missing, on Aug. 23, 2002.

Berry disappeared at age 16 on April 21, 2003, when she called her sister to say she was getting a ride home from her job at a Burger King. DeJesus went missing at age 14 on her way home from school about a year later. They were found just a few miles from where they were taken.

Berry’s mother had been hospitalized for months with pancreatitis and other ailments after her daughter went missing, then died in March 2006. She spent three years looking for her daughter.

Police didn’t provide details of how the women were found at first but continued to say that they appeared to be in good health. CBS affiliates reported that Berry was found with a 6-year-old girl, later discovered to be her daughter. Hospital officials stated in a CBS news conference that “We’re assessing their needs, and the appropriate specialists are evaluating them as well.”

On the recorded 911 call Berry made she stated “I’m Amanda Berry. I’ve been on the news for the last 10 years.” She said the three girls had been kidnapped by a man and pleaded for police to arrive at the west side home.

Neighbor Charles Ramsey said he was at home when he saw a man from across the street running to the house next door. When Ramsey went outside, he said, he saw a young woman who said she was trying to escape the house.

“This girl is kicking the door and screaming,” Ramsey said. “She says, ‘I’ve been kidnapped and I’ve been in this house a long time and I want to leave right now.”

When the door would not open, Ramsey helped kick it down, then allowed Berry to call 911.

Three suspects are under arrest for the alleged crimes. Former school-bus driver Ariel Castro, 52, and his brothers Pedro, 54, and O’Neal, 50, Cleveland police said. A search warrant related to the arrest was executed by police at an address on Seymour Avenue in Cleveland, police said.

“The nightmare is over,” said Cleveland FBI Special Agent in Charge Stephen Anthony. “These three young ladies have provided us with the ultimate definition of survival and perseverance. The healing can now begin.”

Police said their records showed two visits to the home in recent years. In 2000, they responded to a call about a fight from Ariel Castro. In 2004, after Castro was accused of leaving a child on a bus, authorities went to the house but no one was home.