Jack Johnson’s ‘All The Light Above It Too’ 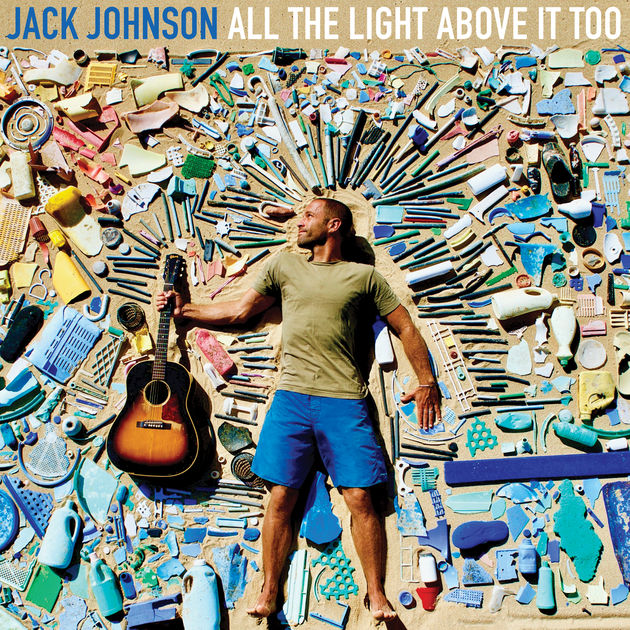 The Hawaiian surfer, singer, songwriter and filmmaker Jack Johnson released his seventh studio album Sept. 8, 2017. It trailed a four-year gap from the release of his last album and it’s quite evident in “All The Light Above It Too” that those years provided him with more than just love songs.

He talked about the first track on the album, “Subplots”, to an interviewer with Outside Magazine. “The subplots are like each of the other songs on the album. It can be all the things that become overwhelming in life…and the chorus is about how the sun shines down but it also shines up and it goes in every direction and it’s not just for us. You know, this isn’t just a given that we get this amazing experience called life,” he said.

The tracks are just as laid back and inviting as ever, however, that isn’t the only thing people and magazines are talking about. The single Johnson released in July, “My Mind Is For Sale”, was his first song with a strong political message.

He told Outside, “It wasn’t a conscious choice or anything like that. I just tend to write about what’s on my mind. I wanted to have at least a song on the record that started the way I felt about certain things. It just feels like such a divisive time with the idea of building walls that separate us. Not even the literal wall that Trump talks about, but the idea that anybody who wants to separate people by race and religion, just the choices we decide to make.”

This insight and the overwhelming amount of work that Johnson quietly does for the environment proves just how aware and uneasy he is about the current political events. He further explained that after the first four political tracks, the album returns to his signature mellow style and carefree weekend vibe with “Big Sur”.

Johnson has supported non-profits and greening the music industry throughout his years and is committed to saving the oceans. His efforts do not go unnoticed. He continued to speak to Outside, “Jacques Cousteau says, ‘We protect the things we love’ and so I just realized it’s my turn to do that work… we need to work towards keeping this place beautiful.”

Some find his style tired and had hoped that he would expand his sound more than he did. Although, the Jack Johnson from his older albums is the Jack Johnson that so many people love. “All The Light Above It Too” still features his acoustic guitar and of course a love song along with his original beachy sound.

He sings in My Mind Is For Sale, “I don’t care for your paranoid, us against them walls.”