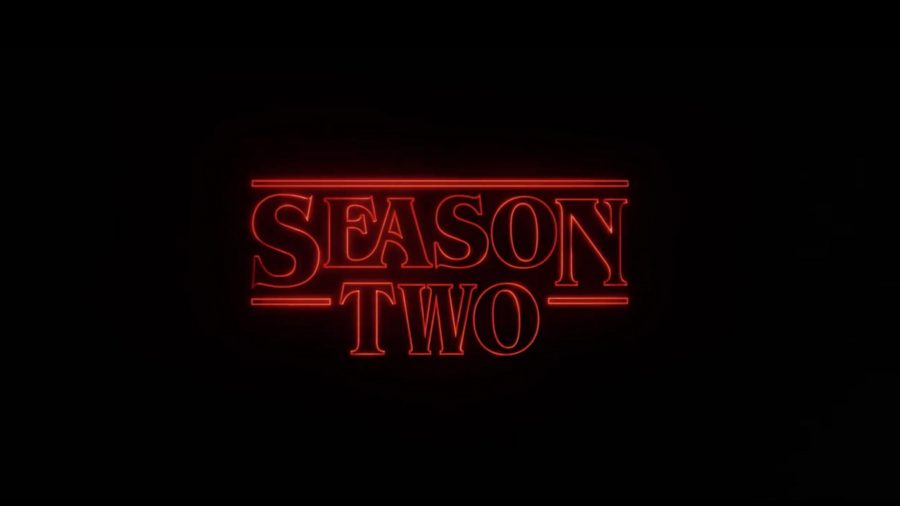 The much-anticipated Netflix original series premiered the first glimpse of their sequel season during the prime time sporting event for fans to view. Naturally, the small clips that the thirty second feature provided were scrutinized and picked apart to create some sort of glimmer as to what the second season is about.

One of the first scenes of the trailer is of Eleven in a close-up, upside down shot of her with a bloodied nose.  This appears to be Eleven in the Upside Down with a nose bloody from using her telepathy. Perhaps this occurs right after she is presumably transported to the Upside Down in the finale of last season.

This next season takes place after a time jump, as it has been previously announced that the second season will contain a one year time jump in which the children will appear older. This means that the story might unfortunately try to play catch-up in some aspects as the script tries to fill the gap in time between we last saw Will coughing up an alien slug creature and the present.

The trailer focused primarily on the group of kids, including Mike, Lucas, Dustin, and Will in Ghostbusters uniforms, which likely implies that it is their Halloween costumes. Ironically, the second season will premiere on Halloween of this year, making the attire fitting of the occasion.

Hopper can also be seen briefly slamming down a shovel in a rage. Many have speculated whether he is burying something with the tool or simply killing a creature from the Upside Down.

The most shocking aspect of the trailer comes at the end when a large arachnid monster is seen silhouetted by red lightening. The other-earthly creature can be seen earlier in the trailer in a sketch which we can assume was composed by Will due to his previously established artistic skills.

It is likely that this creature came from “the Upside Down” though was never seen in the previous season. However, many have speculated that this creature could be the one laying the glowing yellow eggs which can be spotted in the woods when Hopper and Joyce Byers visit the Upside Down in the first season.  If you are following the highly speculated theory that the sluggish creature Will vomits in the season finale is the Demogorgon’s offspring then the origin of the yellow eggs is up for debate.  The presence of the new spider-like monster that the teaser displayed could explain away this mystery.

The second season will be released to Netflix on Halloween of 2017.

(photo provided by The Independent)