Kesha allowed to perform at BBMAs 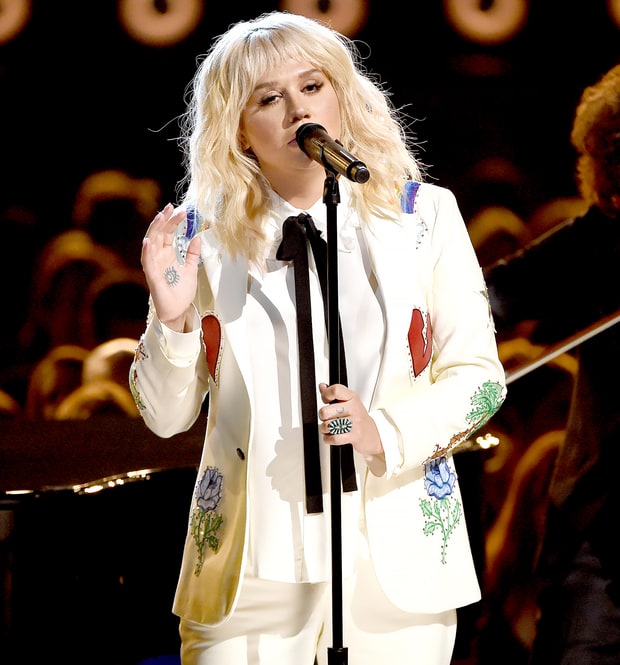 In her first televised performance since the beginning of her legal troubles with producer Dr. Luke, singer Kesha received a standing ovation at the Billboard Music Awards on May 22.

Her appearance had originally been cancelled by Dr. Luke’s Sony-owned label amid TMZ reports that Kesha would address her issues with Dr. Luke in the Billboard performance.  She denied the claims, making it clear that she only wanted to cover Bob Dylan’s “It Ain’t Me, Babe.”

The legal battle between Kesha and her producer arose in October 2014 when the singer filed a civil suit against Kemosabe Records founder Dr. Luke, born Lukasz Gottwald, for allegedly drugging, raping and emotionally abusing her over the course of a decade.  According to court documents, the singer said she suffered in silence for years because “Dr. Luke threatened to destroy her career and family if she told anyone,” and only mustered up the courage to speak up after a 2014 rehab stint.  Kesha remains legally bound to produce six albums with Dr. Luke and has continued to fight to nullify her contract.

Reported by the New York Daily News, Gottwald responded to Kesha’s civil suit with his own lawsuit accusing her of defamation and breach of contract. On February 19, Manhattan Supreme Court Justice Shirley Kornreich denied her request for an emergency injunction that would allow her to exit her contract and make new music elsewhere.

Supporters of Kesha have continued to follow her legal battle and include a multitude of celebrity advocates.  Recognizable names like Lady Gaga, Adele, Reese Witherspoon, Demi Lovato, Lorde, Margaret Cho and Anne Hathaway continue to fuel the #FreeKesha movement via social media and news outlets.  In a statement voicing her support of Kesha, Lady Gaga told Carson Daly on his radio show in March, “In any other business, if you were to report that anything happened to you (in the workplace), it would be dealt with.  But we don’t have a human resources department, we don’t have a union as artists, we’re just fighting for ourselves.”

In regards to Kesha’s Billboard Music Awards performance, Kemosabe Records released a statement, telling People Magazine: “Kesha’s performance … was always approved, in good faith” and was “only suspended when Kemosabe learned Kesha was to use the performance as a platform to discuss the litigation.”

Kesha stuck to the agreement between the label and herself, refusing to acknowledge her legal battle, but still garnered praise for performing in the wake of her troubles.