Season six of Game of Thrones premieres on HBO 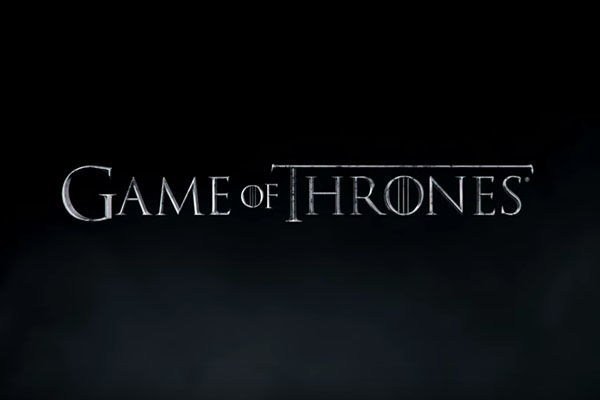 Fan speculation ensued as the first of the ten episode series premiered at nine o’clock eastern time. Many have produced an abundance of theories while both the show and books were on hiatus, many of which were teased to hold some truth in the premiere alone. This season marks the first time the show has deviated from the books as author George RR Martin failed to produce more source material by the time the new season began filming. His latest installment of the series still has yet to schedule release date, and it is likely that season seven of the show will proceed without further book material as well.

Season six began just a season five’s finale, “Mother’s Mercy”, left off. The camera pans over to a bloodied Jon Snow, lying in a pile of snow, dead. Davos Seaworth finds him after Ghost’s continuous baying and he gathers a handful of the remaining loyal Night’s Watch men to carry Jon’s corpse inside. There, Melisandre enters after a time and looks upon the cadaver in utter shock. In complete disbelief she tells Davos, “I saw him in the flames fighting at Winterfell.” This adds fuel to the fan theory that Jon Snow will be resurrected by the red witch and will battle to regain rule over his home at Winterfell for his sister, the rightful heir, Sansa Stark.

The plot up North ends with Dolorous Edd supposedly leaving to rally the wildlings to seek vengeance for the Lord Commander’s death. Though subtle and only hinted at, with Davos subtly suggesting that “You’re not the only ones who owe your lives to Jon Snow,” one can assume given the wildling’s uncomfortable political position, they will attempt to murder Allister Thorne and gain control of the Wall, both as vengeance for Lord Commander Snow and to ensure the safety of their people.

One of the most well received moments of the episode was the forging of the new alliance between Sansa Stark and Brienne of Tarth. Brienne offers her sword to Lady Sansa, who is in a significantly worse situation than she was at the time of Brienne’s first offering. She excepts her oath with the help of Podrick feeding her a few lines of the speech. Many fans believe this to be the best aspect of the episode, most of which are gladdened to see Sansa rise from her position as a victim and to see two characters finally come together.

The new alliance spells out great things to come for the pairing and implies that Sansa is finally on the rise to take revenge and to hopefully rule the North. With Brienne assigning herself to Sansa’s cause, Sansa will likely rally the remaining Stark loyalists in the North to her side and set out for war against her husband and the Bolton loyalists who hold Winterfell. Sansa is gathering a makeshift counsel, of the timid Theon Greyjoy, the squire Podrick Payne, and the sworn sword Brienne of Tarth, all of which collectively make up the beginnings of her rise to power finally.

We are then treated to a return of the Dornish plot. Though it was easily the weakest aspect of season five, the sand snakes came back with a bang, slaughtering both Prince Doran and his son and heir Tristan. Ellaria Sand tells the dying prince that “Weak men will never rule Dorne again,” possibly implying a future female ruler. Given that Dorne has been wiped of all the Martell successors, there is no one left to rule Dorne and the fight for the throne will be one of great interest. Also, now that it appears that the sand snakes may have taken charge, Dorne appears ripe for war and will likely rally an army against the throne. The violent return of the sand snakes holds much promise.

Towards the end we meet back up with Daenerys in the Dothraki Grass Sea, taken as a slave and being harassed by her captors. At first she appears submissive, but eventually snaps and begins to speak in the language her husband taught her. She explains that she is the queen of many free cities, the mother of dragons and the widow of Khal Drogo. Her captors, including Khal Moro, back off after discovering she was the wife of a Dothraki Khal but refuse to grant her the freedom to return back to Meereen to rule her people. Instead, they plan to send her to the Vaes Dothrak, where she will live out her days with the Dosh Khaleen, which is essentially all the other widows of Khal leaders.

The audience can assume that the Queen of Meereen will not stay there idly for long, especially not with her city in peril and her hopes to usurp the Iron Throne still in place. Given that the trailer teased Drogon’s flight over what we can assume to be Vaes Dothrak, her dragon potentially may be her savor once again. Dothraki are known to follow great leaders, and though all Khals have been male, they take a seat of power through a show of strength and having the strongest stallion. Potentially, when the Khaleesi shows her ride, a great, fire-breathing dragon, they will side with her.

Arya is also briefly spotted training with the waif as she copes with her new blindness. The scene is very reminiscent of Luke Skywalker, training to use the force with his blaster shield down, though much clumsier in comparison. She seems incapable of matching the waif’s blows though they are clearly building her to overcome her new disability and learn to feel her environment rather than see it.

The final scene if the episode is of Melisandre, the red witch, as she strips before a blurred mirror and removes the jeweled necklace around her throat. As she takes it off, she is shown in her true form for the first time, as an aged woman. This is a stark comparison to her usual appearance which is always complimented on the show for its beauty. Perhaps it was a symbolic moment, meant to represent her lack of faith and how much of her past actions have been composed of lies. Even her own appearance is falsified, so her faith is likely dwindling in her beloved Lord of Light as he fails to show himself.

The episode as a whole was a great expository episode, though at times the scenes felt rushed or the dialogue clunky. Though, one can suppose that’s to be expected as they set up the rumored last ten-episode season of the series. Recent reports claim that Game of Thrones is only in talks to return for fifteen more episodes with only two more seasons split into eight and seven episodes respectively. The “Red Woman” episode is likely setting up the beginning of the end of the Game of Thrones television show.