Everything amiss with The Force Awakens 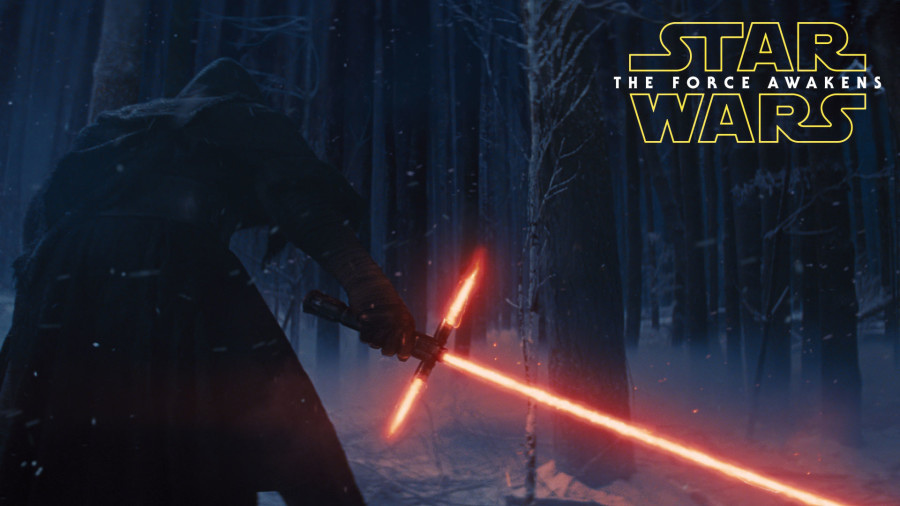 Star Wars recently graced theaters as early as midnight on the 17th of December, and fans everywhere have rejoiced in the recent and refreshingly well-done addition to the franchise.

The Force Awakens was refreshingly good, but not excellent. As a singular film it was entertaining (so much so, I’ve already seen it four times) but of course, like any other movie, it undeniably has some flaws.

First, however, I believe it’s important to point out the film’s strengths. For one thing, the visual effects of the movie were outstanding, as JJ Abrams tended to rely heavily on realistic affects, with actual robotic droids and real settings, rather than placing a few actors in front of a blue screen like George Lucas unfortunately decided to for the entirety of the prequels. This decision gave the movie a completely new appeal, as the film came across grittier and somehow more real. This assists in creating the very stark contrast visually between this film and the prequels, all of which sadly comes across like watching a squeaky clean cartoon.

And, for the most part, the movie was simply entertaining. Beautifully crafted, with a set of wonderful, fresh, and potentially complex characters, this movie is one I wouldn’t mind watching over and over again. Not to mention the social justices Abrahams does when casting an African American male lead and does not sexualize their female protagonist.

This movie is composed with some truly outstanding acting and fairly good dialogue. It is one to please children and adults alike, as Star Wars once again proves that it is a series that transcends age.

While The Force Awakens found strength in a lot of what the generally ostracized prequels lacked, it also consisted of various plot holes that unfortunately left the viewer’s wanting more explanations. And while a few of the questions that the audience was left with were tactically executed, others were undeniably the result of poor writing, and unfortunately were ones that need explaining in future films.

An example of one of these writing errors is Rey’s uncanny ability to wield a Light Saber even after just finding out she was Force Sensitive mere moments before. While many fans have excused this as a presentation of Rey’s extreme power with the Force, I think it’s a safe assumption that it is the result of poor writing. There’s no way a girl who, just days before, was informed that the Force was a true being and not a myth, can easily master it and outmaneuver Kylo Ren, who’s trained endlessly for many years to become a Sith lord.

Perhaps, it was the screenwriter’s way of quickly and forcefully introducing and establishing Rey’s abilities in the midst of a sea of expository information, and a cheap way to please the audience with an undeniably cool Light Saber fight. And while it is hard to deny that watching Kylo Ren get his share of karma was fun to witness, having the very untrained and inexperienced Rey serve it to him felt extremely out of place and, unfortunately, rather cheap.

Another aspect of the movie that leaves much to be desired was Fin’s unrealistically quick turn from his superiors. While the writers attempted to justify his swift betrayal being the result of witnessing the true terrors of the Stormtroopers and experiencing his initial first-hand encounter with war, the explanation felt thin and unrealistic.

Should Stormtroopers be raised and bred like the Hitler Youth and should Fin be taught that the First Order dictatorship was the correct form of government since as young as birth, it is highly unlikely that the change from FN-2187 to Fin would even occur, because the character would be so loyal to his superiors. Because this form of obedience was the only thing he had ever been taught, like he so briefly informs Rey in the film, his traitor-like rejection would never have happened because the idea that he was committing any wrong would have never have even popped into his head.

Also, the blunt parallels between the Force Awakens and A New Hope were a bit saddening and took away from the overall creative aspect of the film. Some parallels like the scene with Rey on her speeder mirroring Luke on his landspeeder from 1977, were cute bits of fan service to the audience. But unfortunately, it was not just small scenes that shared similarities, but rather the entire plot at times felt like a direct copy and paste of A New Hope with the names changed. I mean, did JJ Abrams really expect the whole secret-plan-in-rogue-droid- wandering-a-desert-planet and plan-to-blow-up-moon-like-enemy-base aspects of the film would just slip under our noses?

Minor flaws were sprinkled about the film as well, such as the return of the “parsecs” inaccuracy and some odd character moments, like the lack of the tension between Han and Leia, who apparently left on bad terms but oddly didn’t seem to hold grudges against each other.

The worst aspect of the film, however, was not as straight forward as one might assume. The most disappointing part of the movie was the minute fact that the film depended entirely on the confirmed production of the eighth film. The Force Awakens hooked the audience and left them with many cliffhangers (How will Kylo Ren recover? Is Rey Luke’s daughter? How will Luke react to his new visitor?). And in this modern era of binge watching television shows, the cliffhangers were very evidently mirroring programs like A Game of Thrones, who craft their episodes around cliffhangers to keep the audience returning for more. The new Star Wars movie leaves the viewer’s craving the eighth installment as soon as possible with its cliffhanger conclusion. And while this is obviously a tactical move for the film makers to keep fans coming back to the cinemas for more, it takes away from The Force Awakens as a stand-alone film. It used the assumption of the next movie as a crutch and primarily focused on expository aspects of the narrative, which is not necessarily a bad thing, but the fact that the entire film was essentially two hours of exposition and establishing characters, and yet still left the audience completely baffled is a tad annoying. I am not, by any means, asking for direct answers as soon as the first film. I understand that that is unrealistic and that this trilogy will be a journey. All I am suggesting is that leaving the story so open-ended and concluding the film with so many questions is a bit unsettling. The Force Awakens didn’t tell a story, it began one, no matter how entertaining it appeared.

While the movie itself was thoroughly enjoyable from start to finish, it did have its flaws. Perhaps it is Star Wars’ immense popularity that has led to such knit-picking but either way, the movie overall accomplished what it originally set out to. The Force Awakens ultimately established lovable characters that we will follow obsessively throughout the trilogy, and reopened the stories many have adored throughout their childhood.

I strongly believe that Star Wars is a happy medium most of society can agree on. People of all ages have enjoyed these stories of space for generations and The Force Awakens added fuel to these fans’ passion. And perhaps it’s due to the abundance of cliffhangers, but I will undoubtedly be in theaters opening night in December of 2018, thoroughly excited to see the eighth installment of the Star Wars series.