Royal Baby On The Way 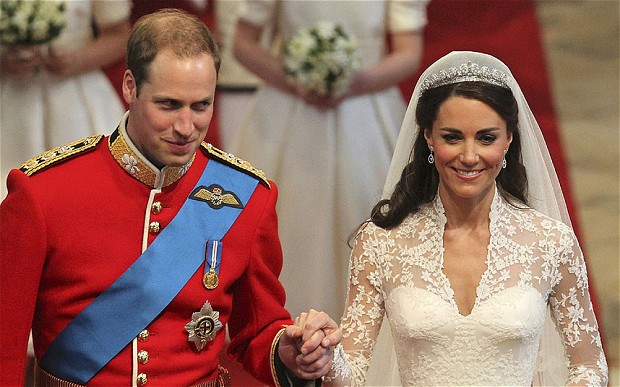 On Tuesday the Buckingham Palace officially announced that the Duke and Duchess of Cambridge, William and Kate, are expecting their first baby. The palace did not give out too much information other than Kate is in the “very early stages” of the pregnancy and that she was being hospitalized at King Edward VII hospital in central London due to “acute” morning sickness.

She remained in the hospital to rest and make sure everything was okay for a few days, but now she is safe to rest at home now.

After the news was announced, it sparked an uproar of positiveness and the palace said, “She and the Duke are immensely grateful for the good wishes they have received.” Another uproar has been talk on whether the baby will be a boy, a girl, or even twins!

Kate’s illness is said to indicate she may have twins because, mothers carrying two babies have a greater chance of developing the severe form of morning sickness like she has called hyperemesis gravidarum. No comment has been made on any of these speculations.

William is currently second in line for the throne after his father, Prince Charles, so this baby has a good chance of becoming London’s future ruler, whether it be a boy or girl. That is thanks to a proposed radical shake up of the Monarchy’s rules of succession a few years ago. During that shake up it gave the first born child the power to be a ruler even if it is not a boy, like it has been in the past, so the sex of the royal infant will not determine whether he or she wears the crown.